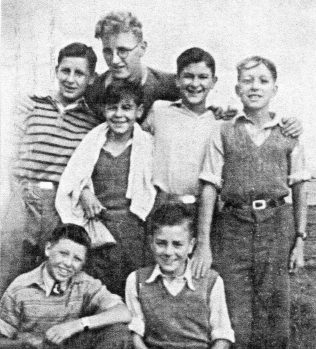 Just after the War the Westfield Folkhouse youth club had a Leader assisted by his wife by the name of Mr & Mrs Barker who arranged and took a group first to staithes in North Yorkshire (1946) and to Kessingland in Suffolk (1947) on Holiday. Considering we had not been able to have them since 1939 it was to put it mildly out of this world.

We had only been able to indulge ourselves on Titchfield Park thanks to Mansfield council with their “Holidays At Home” programme.

I seem to remember vaguely Sand alongside the River Maun— Froggatts Roundabout near the old Bandstand— plus some Swing Boats and of course the two Paddling Pools Some Donkeys and a few organized games and competitions. This facilty was available for the entire school Summer Holidays.

Going on Holiday on the Coast was for many a very new adventure although some of the coastal defences Barbed wire and Landmines etc., had not been totally cleared particularly on the Norfolk and Suffolk coast.