You are here: HomenextTopicsnextBusinessnextIndustrynextThe Dinosaur Footprints Found In Mansfield

The Dinosaur Footprints Found In Mansfield 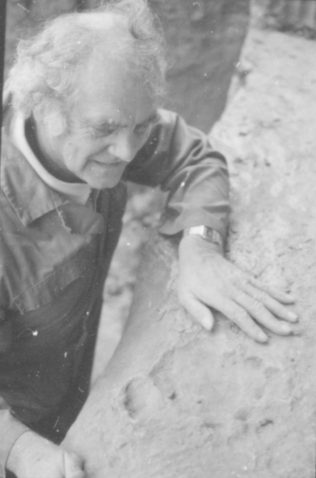 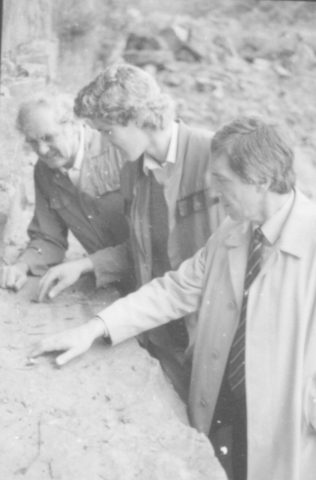 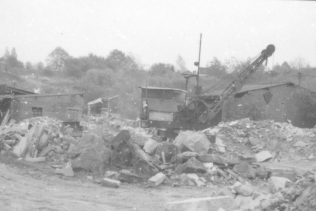 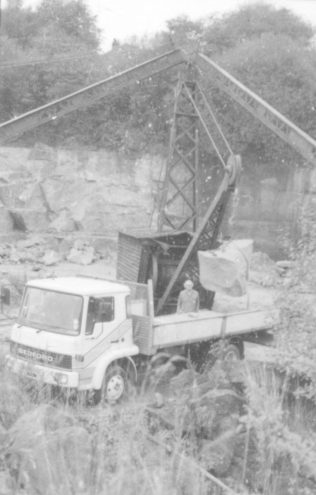 During the last 100 years there have been several discoveries of what were thought to be dinosaur footprints, in the Mansfield area.

Some of the discoveries have a proved to be footprints but, as is the case with most impressions of this kind, no one has been able to identify, beyond doubt, what type of animal actually made the prints.  We can only draw conclusions about what it was like from the footprint itself.  The task of identifying the footprints has been made even more difficult by the fact that no dinosaur remains have been found in the Midlands, except from in Kenilworth Sandstone.  This rock has been found to contain pelycosuar remains, which are about 20 million years older than the footprints found in Mansfield.

The first discovery was made in October 1897 by Mr Francis Holmes in Rock Valley Quarry in Mansfield.  He found a series of footprints forming two double rows, parallel to each other. One row could be followed for about two feet, but the other one could be traced for nearly seven feet.

The first description of these footprints was published in 1906 by George Hickling who suggested that the tracks were made by two animals of the same type, walking side by side.  One was slightly larger than the other – because the lengths of the strides were different. The prints themselves showed that the animal’s weight was taken on the palm (being the deepest imprint) and the hind feet were bigger than the fore feet, each having five toes. The feet were possibly webbed and almost definitely clawed and Hickling also suggested that the animal had an awkward, clumsy gait (because of the irregular spacing of the prints) the animal was named ‘Chelichnus Hicklingi’ an exact match could not be made with other records.

A later examination of these prints by W.A.S Sarjent in 1966 revealed evidence of ‘tail drag’ showing that the tail was not continually touching the ground and was probably relatively short.

It is thought that the animal was not particularly large – its body was probably about 2½ – 3 feet (nearly one metre) long. It wasn’t very active and was quite slow moving. However there is not enough evidence to tell what the animal was; it could have been a predatory amphibian or an herbivorous reptile. These prints are now in the Natural History Museum at WollatonPark in Nottingham.

A second set of footprints was discovered in 1986 at Gregory’s Quarry in Mansfield. These are much larger than those of the Chelichnus Hicklingi but are about the same age, around 250 millions years old.

These prints are not in clearly defined track ways like the pervious set, but groups of three or four closely spaced prints were found probably made by one individual. Most are about 15-16 cm long and wide. The larger ones consist of four forward pointing toes and one big toe which points sideways. The animal trod heavily on the sole of its foot but also using the toes to some extent.

The smaller prints are less well preserved and the number of toes has not been identified yet. They may have been made by a hand or a smaller animal. It is more likely to be a hand because the small prints are over-trodden in parts by the larger ones where they are in the same line as each other.

We must remember that neither of the animals which made any of the footprints were anything like the better known dinosaurs like the T-Rex. They were smaller and more reptile like and would have looked much less dinosaur like than many people imagine.

We have very little evidence to go by yet towards identifying the animals or being able to discover exactly what it looked like.

The Author Of This Article Is Unknown