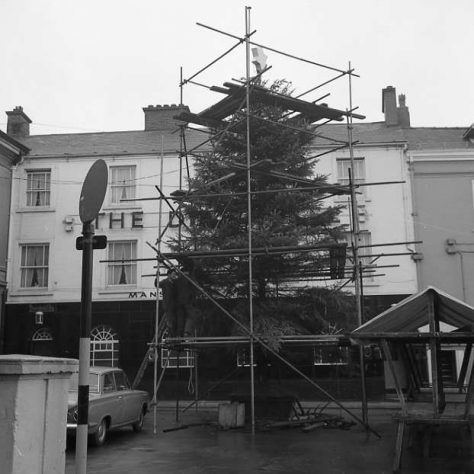 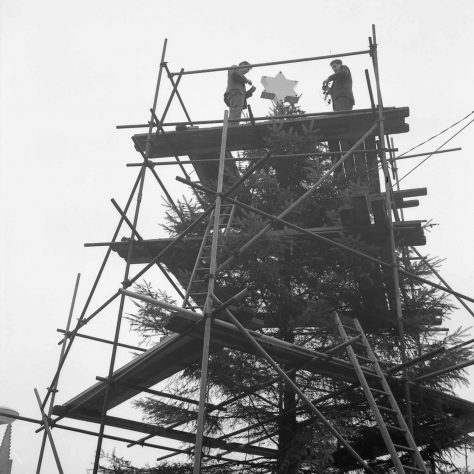 A recent inquiry from a lady in Australia had us looking for a ‘star’. The star which used to be on the town centre Christmas tree and was made at Metal Box by the lady’s father in the 1950’s.

We have found the star – well pictures of it – and these taken in 1964 show how scaffolding had to be erected to put the star in place. What still remains a mystery is “where is the star now?”