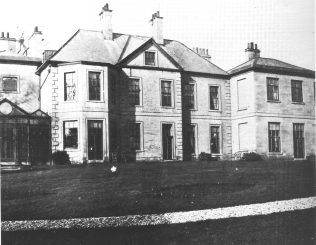 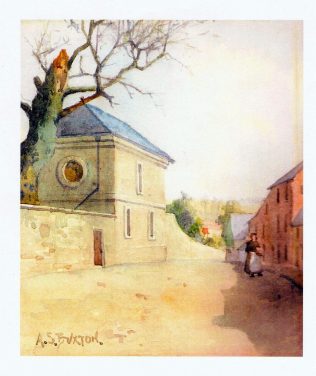 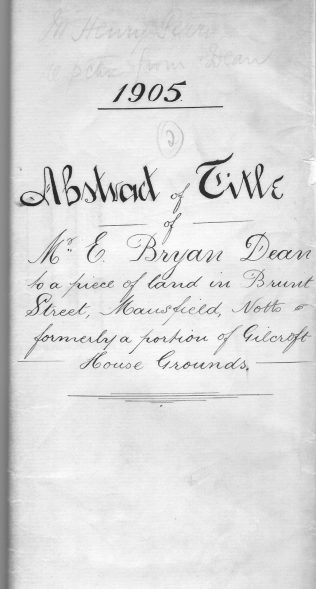 zoom
abstract of title to piece of land in Brunt St, formerly a portion of Gilcroft House grounds 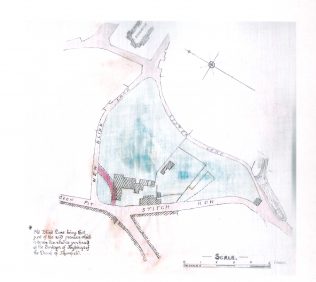 In the summer of 1960 I moved with my family to a house on Brunt Street, opposite the Grove House, yet another fine old building lost to developemnet.

Being a child with an appetite for adventure and exploring it wasn’t long before I was finding my way around all the little alleyways and surrounding area.

But I came across, what appeared to be a forbidden place, on the corner of Gilcfoft Street and Brunt Street. There were towering walls and a tall wooden gate, which not just a small child, but an adult of considerable height would have proven difficult to peer over.

My determination found a way to seek the view over that wall. I climbed a tree, whose branches overlooked the high wall.

What I witnessed from the top of that tree was a large abandoned house, which at some time in it’s life would have demanded spectacular views. But it was now imprisoned inside those walls.

Not long after the house was demolished, along with other buildings close by, to make way for the by-pass road of St Peter’s Way.

I felt very privileged to have witnessed the very presence of this house before it was lost forever, for many people never knew of it’s existence.

Having researched the histroy of Gilcroft House, the earliest reference I have found is that it was built about 1790, with later additions to the property.

I don’t know who the house was originally built for, but the earliest family I have found living there are the Brodhurst’s.

William Brodhurst was born in 1756 and died in 1846. he once laid claim to being the largest malster in England. He owned the maltings on Blind Lane (now known as Midworth Street), as well as maltings at Newark.

Following his death in 1846, his son William took over the family business, but he moved to Newark where he retired, and Gilcroft House was sold to James Salmond.

James Salmond was a Magistrate at Mansfield, he was born in 1806 in Middlesex. He resided at Gilcroft from 1846 to 1853 before moving to Langton Hall at Pinxton, where he became a prospector of coal.

William never married, and on his death in 1866, Gilcroft was passed on to his siblings, Thomas, Robert, Mary, Dorothy, Sarah and Lucy. Lucy being the only sibling who married. And on her death in 1903, Gilcroft and all it’s land was sold to James Henry Blake (of Blake and Beeley ironmongers).

James Henry Blake bought Gilcroft House and all it’s land for a sum of £5,600.

Gilcroft House remained untouched, but the parcel of land was all sold off for the building of houses in 1905.

I do not know if Gilcroft House was ever used between the years of 1903 to it’s death in the late 1960’s, which would seem a shame for such an elegant house.

James Henry Blake never lived at Gilcroft, it appears, as his home was at Crow Hill Drive until his death in 1909.