You are here: HomenextTopicsnextLeisurenextWestfield Folkhouse Memories 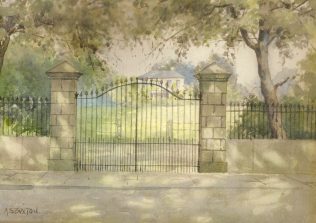 It is a pleasure to see the other article regarding the Folk House but I was surprised there is no mention of Miss Rachel Manners or Doris Holloway who ran and maintained a thriving Youth Club with a Junior and Senior section. For many many years before the Notts. C C took over they provided many, various activities — Folk Dancing, The Pantomimes and a Play (usually directed by Mr Len Tooke every Year). There were two Football Teams: a senior side in the North Notts. Premier League and an Under 16 team in a Mansfield and District. Many members and local actors carried on in the Masque players and pantomimes from the Fifties onwards and were involved in Mansfield Operatic Society at The Grand Cinema each year. Jack Tyler, Leslie Orton, Jose Cooke, Len Parker, Ray Wallace and Arthur Froggatt to name only a few. The pantomime casts at the Folkhouse in the early days were mainly members of the Youth Club and they played to full houses. The Folk Dancers always entered competitions in the Notts. area and also in the Summer at the Club. Rachel Manners and her team of helpers deserve to have their devotion fully recognised by all and sundry