You are here: HomenextTopicsnextLeisurenextTitchfield Park 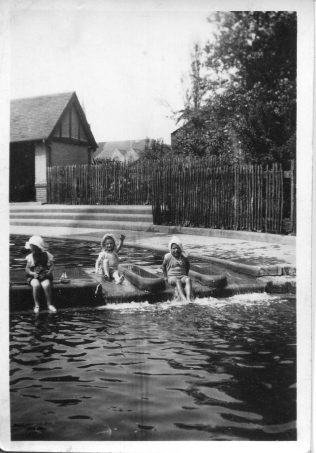 zoom
Circa 1939, I am in the middle waving to my mum
Private collection 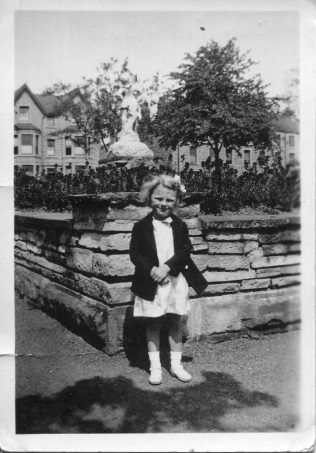 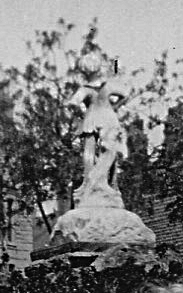 zoom
Close up of the Peter Pan Statue
Private collection

After reading Alan’s description of Titchfield Park, on the ‘Memories of Titchfield Park’ page, it triggered my memory of seeing two photographs taken of me during my childhood in the Park. I lived on Murray Street, and this was my play park.  My Dad would take me down at the weekend and a favourite thing to do was to drop something like a substantial twig at the Nottingham Road end bridge into the river, then follow it from the bank on the gardens side to the second footbridge where there was a little waterfall, then it would surface again and go under the bridge all the way to the third one after which it would continue along the side of the paddling pools until disappearing under the building on Bath Street.  Quite a long Pooh Stick game!

During the week my Mum took me down on hot sunny afternoons to have a picnic and play in the pools.  She would sit on the flat stones under the shady trees, keeping an eye on me in the pools as the paving slabs at the bottom were very mossy in parts and many a time I slipped and got my clothes wet if I hadn’t got my bathing costume on.  There was always a change of clothes in the bag just in case.  I don’t think the pools were drained very often as it would be a long job.  The picnic was often jam sandwiches, then I would sometimes go down the bank with my fishing net and jam jar for sticklebacks or tiddlers which were transferred to an old washing-up bowl in the garden.  I always wondered why the fish died so quick.  Of course the bowl was topped up with tap water. I too played on the swings and slide. The swings were thrown up over the top bar for the night by the park-keeper.

One year my Mum wouldn’t let me go in the pools because of an outbreak of polio. Can anyone else remember this? The photo probably taken around 1939/40 shows the overflow between the pools and the shelter in the background. I am waving to Mum taking the photo.  Note we all had our sunhats on. The second photo is a later one standing by the statue of Peter Pan on the raised flower bed. I agree with Alan that the flower beds were always immaculate and there was usually one set out in rock plants depicting a celebration for the year. I also used to pick up beech nuts from under the big trees facing St. Mark’s Church.

My husband and I are going to stroll through the park soon when the gardens are set out, and will definitely be sitting down for a while by the river, that’s if the seats are still there! Shirley Blythe nee Gardner