You are here: HomenextTopicsnextEntertainmentnextGoodbye to the Rock

Goodbye to the Rock 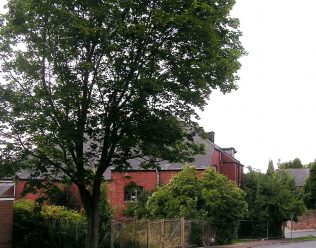 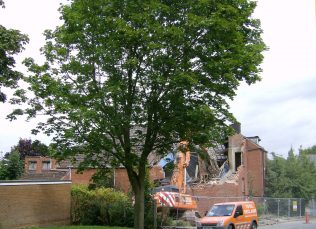 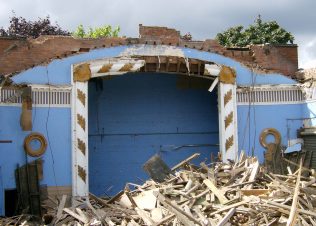 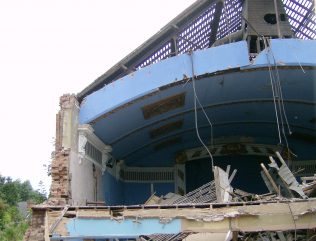 zoom
Thee were decorations on the ceiling....
Janet Scott 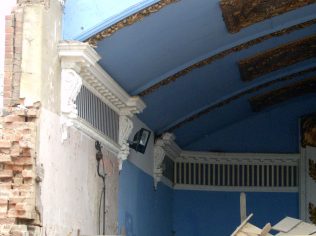 zoom
...and classical headings to the pillars
Janet Scott

When I moved to Montague Street in 2007 there was a large building on the corner of the junction with Skerry Hill. I was told it had been the Rock Cinema and had shown films from 1914 until 1956, since when it had served a number of commercial purposes and was now an aquarium and pet food store.

After the owner retired no one else seemed able to take it on and it fell into disrepair with broken windows and flocks of pigeons roosting on the roof. Then it was sold with planning permission to build houses.

The demolition team moved in at the end of July (2010) and as it came down it was possible to glimpse its past splendours. I mentioned this to a gentleman who has lived in this area most of his life, and was the organist at nearby St Lawrence’s church for some years. He recalls that, when he was a boy living in Ravensdale in the 1920’s, he looked forward to Saturday afternoon and what was called ‘The Tuppeny Rush’ when youngsters could be entertained inexpensively.