You are here: HomenextTopicsnextLeisurenextMemories of Mansfield Cinemas 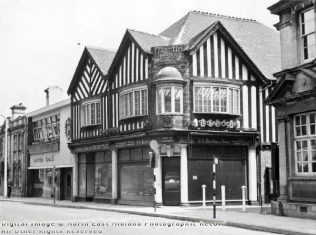 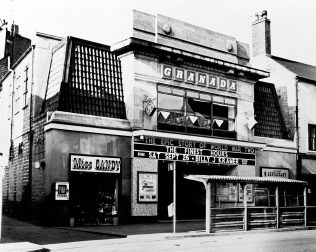 Leeming Street, at times apart from being a cinema also had periods of presenting variety shows.

Became later The Civic Hall /Civic Theatre .still in existence like so many Cinemas had a Children’s Saturday Matinee (commonly known as the ” Tuppenny Rush” Usually showed films and/or Variety Shows for a weeks duration

Corner of Rosemary Street and Stockwell Gate was I believe a part of the Gaumont film group was closed and demolished when The Four Seasons and Inner Ring Road were created.

—— Monday to Wednesday and Thursday to Saturday usually those from the Empire the previous week.

also had a Children’s Matinee on a Saturday Afternoon .In existence the Children became Members of The Shirley Temple Club with a Membership Card which was stamped on every visit when full you had a free entrance for one Show and at Xmas all Members received a GOODY BAG ( I remember getting such items as Dolly Mixtures and one occasion during the War an Orange was included a real treat)

Westgate I suppose the most popular venue over the years very modern compared to the other Cinemas in town with a Wurlitzer Organ and a Delightful Restaurant and most probably the most popular The Resident Organists being Watson Holmes and Boyd Oxford and were also the Managers of the Cinema . Watson Holmes left and went to Blackpool to play at the Winter Gardens in competition with Reginald Dixon (Mr Blackpool) It also had a children’s Matinee The Granadiers which was on a saturday morning ideal for mothers who could do their shopping in town knowing the kids were safe.

As part of the session the organ would be played with the words of the songs shown on the screen for the Children to sing to. I remember they also had live shows and in particular I remember Max Bygraves appearing there in the early Fifties not as I went to the show but I was in Marks & Spencers buying a shirt when he came rushing in, excused himself and hurriedly bought two white shirts for use in the said show and cost him less than a pound each . I rather suspect it was the first cinema to have the wide screen and a stereophonic sound system.

Later to be Renamed the Century and became probably the first Bingo Hall . I seem to recall it did at one time have a Circus there and it was the first real cinema in town It was also part of The Granada Group

Bull Farm on Chesterfield Road  A delightful small Cinema which was always a very popular and always well supported and frequented by the local populace of Bull Farm and Pleasley and staffed with locals who were exceptionally friendly and personally my favourite venue for many years. Small single storey / very modern interior /exceptionally clean and did not suffer from the competition of those cinemas in the town centre but suffered when television became the vogue, as did most cinemas. I do not recall if they had a children’s matinee

On its closure it became a car showroom which I believe it still is today.

The PORTLAND on Forest Street or Possibly Station Road

In the very early days of the cinema /silent films before specially built venues were built there must have been buildings that showed films. I seem to recall my parents mentioning in the far distant past three places but I cannot be sure

1– The old YMCA / Whiteleys Factory on Church Side

3 — The British Restaurant, later to become the original offices of the DHSS due its proximity to the Old Labour Exchange and later The Gabrielle Osbourne School of Dancing