The Day I Met The Queen 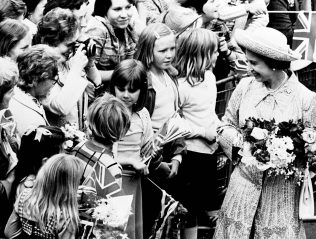 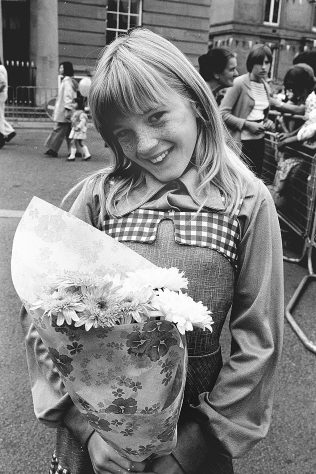 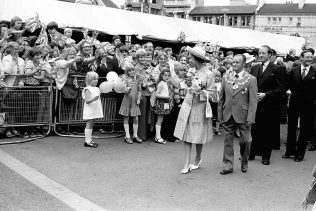 I can remember when the Queen came to Mansfield during her Silver Jubilee tour in 1977.

I was nearly eleven years old at the time and went to Mansfield to see her with my Nana who was a big fan of the Royal Family.

We set off early to get into town, when we got there my Nana brought me some flowers to give to the Queen and we then stood on the front row in the Market Place to get a good view.

I can remember having my photo taken posing with the flowers before the Queen arrived and then the security man said that we could go in front of the barriers so we could greet the Queen when she was doing her walkabout.

When she was near to us I remember giving her the flowers and she sad “thank you vey much” and I recalled how posh she sounded.

It was a great day that I will never forget and I am constantly reminded of it as I am nearly always in a picture printed in the Chad, although it is mostly the back of my head that is seen in the photos printed. My Mum has got some other photos that my Nana purchased from the Chad and I can be seen in front of the barriers waving a flag as the Queen waved to the crowd as she walked past.