Our area in Mansfield. 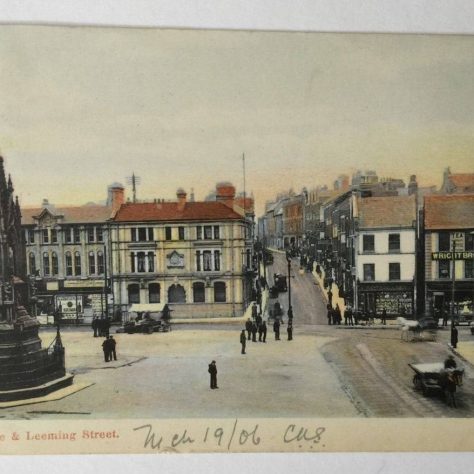 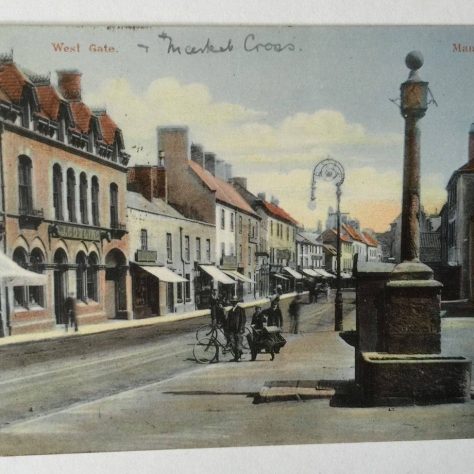 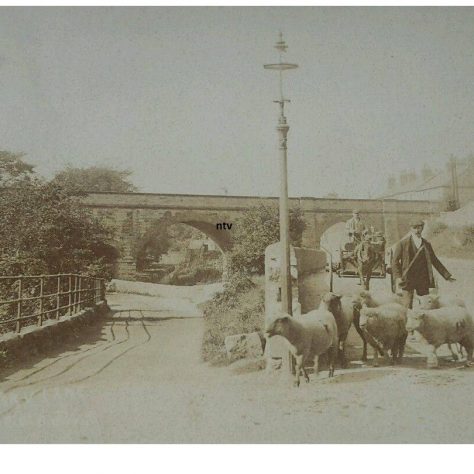 The pictures above are Post Cards depicting how very different our Mansfield was , probably at the end of the 1800’s  to 1900’s. They emphasize the kind of architecture that encouraged people to our town.

These pictures are in my opinion, the best pictures of Mansfield I have ever seen. They show such beauty in the planning of the buildings , it is no wonder people of that time wanted to live in the town. We are so lucky to have had the business folk move to Mansfield, plus the Duke of Portland who had such an interest  and keen eye in the Town’s prosperity.

The picture of the town centre, was very interesting to me, for I always knew there were buildings behind the shops on the right of Leeming Street and those at the corner of Church Street. For at one time, there was an entry from the side of a shop about midway of Leeming Street that came out at the side of one of the shops on Church Street. I often passed the ruins of houses behind the shops mentioned, plus the fact that it has been proven there were also many caves below what were the buildings. Passing through the entry that was along side , I guess the passage was about 7ft x 3ft and about 30ft long. The walls being white Washed, the floor was stone slabbed.  At the end of the passage was like walking into a stone wall about 5 or 6 ft high, so one had to turn right down an ally-way  where stone steps took you down to a level equal to the ground level of Church Street.

As you walked down the steps of the ally-way, so the stone wall got higher, this was because the stone wall was holding together a rather large garden, where I can only assume that underneath the garden lay the hidden caves. These came to light when further construction of the area commenced.

The town  picture shows the corner shop of Leeming and Church Streets’. as detached.Through the space one can see parts of what appears to be buildings, and further to the rear are roof tops of other housing….

They say that a picture is worth a thousand words.. How true it is in the case of the above picture ,  I cannot tell you how excited I was when first setting eyes on this one. An exact picture of somewhere I saw every day in my youth and childhood.

I wrote of this in my pages of Quarry Lane, and I make no apologies for reference to it again. This picture shows the Viaduct, and what a picture memory of something that no longer exists. Why not go to the Quarry Lane page to learn all about it?

A Lad From Mansfield.