You are here: HomenextNew contributionsnextThe British Restaurant - Does anyone remember these?

The British Restaurant - Does anyone remember these? 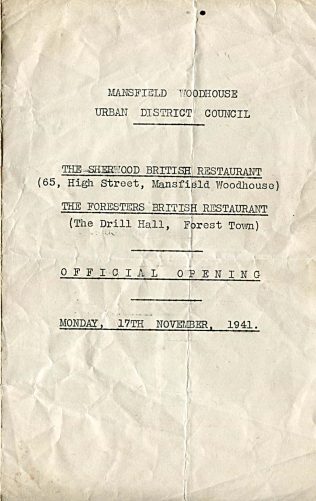 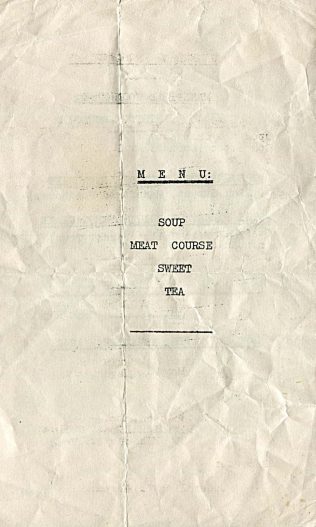 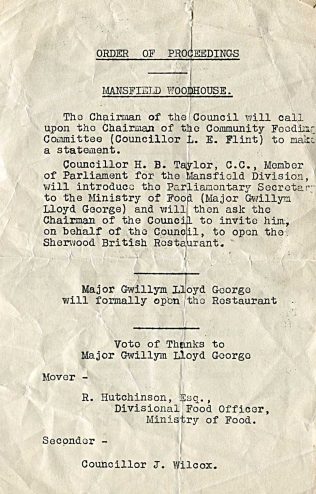 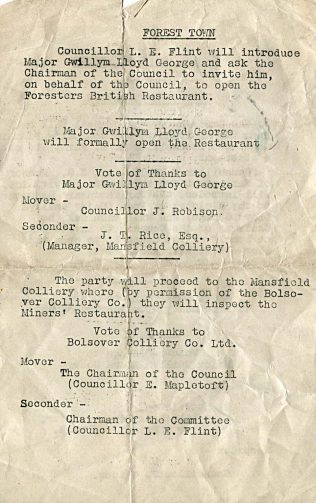 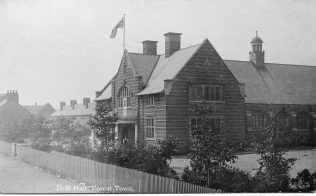 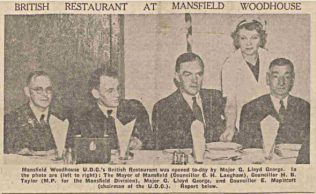 This leaflet reveals the establishing of the British Restaurants in Mansfield Woodhouse and Forest Town  in November 1941.

A report  and photograph in the Nottinghamshire Evening Post  17th November 1941 told of these two  events:”

“While the new British Restaurant at Mansfield Woodhouse provided by the local urban council, was being officially opened to-day by Major G. Lloyd George, Parliamentary Secretary to the Ministry of Food, the Duchess of Portland paid a surprise visit and expressed pleasure at the facilities provided.

Major Lloyd George, who also opened a similar restaurant at Forest Town, and inspected the pithead canteen for miners at Mansfield Colliery, remarked that the Ministry were most anxious that industrial workers should be adequately fed. One suggestion they had received was that individual rations should be supplemented, but this had been found almost impossible.

They had come to the conclusion that the best method was to encourage the system of restaurants and works canteens. They felt this was the best means of supplementing the rations of all heavy workers.”

It is understood that meals in the British Restaurants were sold for 9d (equivalent to just under 4p.

The photograph of Forest Town Drill Hall shows where the British Restaurant was held.