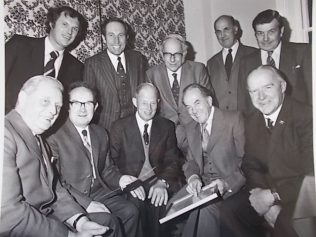 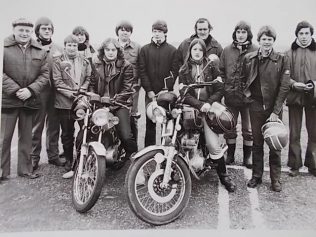 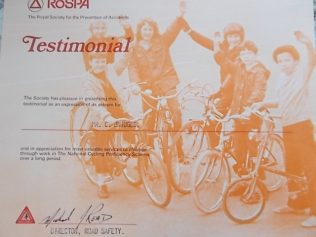 In his teenage years before the second world war my late father Cecil Bridges had a passion for cycling and motorbikes, in fact he rode motorbikes in his army service during the war.

In 1946 my family moved from Tissington in Derbyshire to Mansfield and eventually settled in ladybrook. At this time, we had a motorbike and sidecar and travelled all over the the country on family holidays and weekends picnicking or visiting relations in Derbyshire.

My dad was the secretary of the Mansfield cyclist touring club and this led him and his cycling friends to become involved in the training of local youngsters to attain the cycling proficiency badge. This was voluntary and I am sure that a lot of local people can remember them over the many years they dedicated their spare time to this cause. They are on the front row of the first photo from left to right my dad Cecil Bridges, Stan Brearley, Cyril Spicer, Bob Roby and Malcolm Walter. The back row are dignitaries from the Mansfield and Nottingham council’s. I recall that they were successful in a national competition for their dedication to road safety and were presented with an award at a ceremony at a large hotel in London.

My dad worked for Mansfield council first as a joiner and building inspector and then as the road safety officer for Mansfield (his dream job) He was instrumental in the foundation of the Motorbike training course at the top of Brick kiln lane and he is pictured with some of his helpers and trainees in the second photo. The third photo is his testimonial awarded for his long service to road safety.