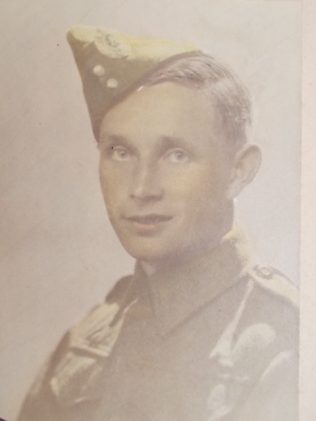 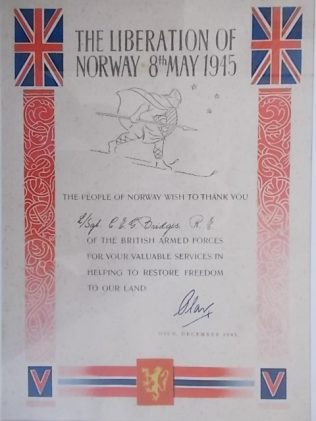 zoom
Certificate of thanks from the people of Norway 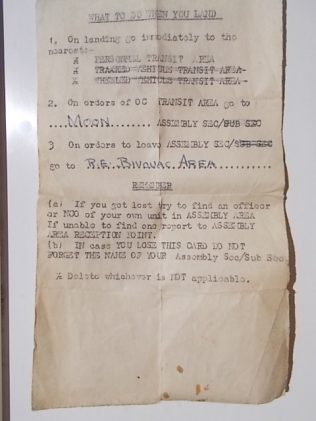 While my dads life in Mansfield after the war is also interesting and will be told another time I hope readers will find my article on his war service of special interest.

My dad Cecil Bridges  was in the Royal Engineers in World War Two. He saw service in Gibraltar controlling navel traffic into and out of the Mediterranean Sea. He was involved in the construction of military hospitals tunnelled into the rock. He was in the D day invasion landing on Sword beach, he then fought through France, Belgium and into Norway. He was involved in the liberation of Norway and returned home several weeks after V.E. day. I have his medals, headwear, stripes and photos in my memorabilia of him. The photos include a certificate of thanks from the people of Norway and the landing instructions on landing on the beach. I remember saying to my dad that I have this picture in my mind of soldiers landing on the beach on D day amongst bombs and bullets stood reading this note, he thought for a second and had to laugh. Thankfully he survived and lived to the age of seventy six.