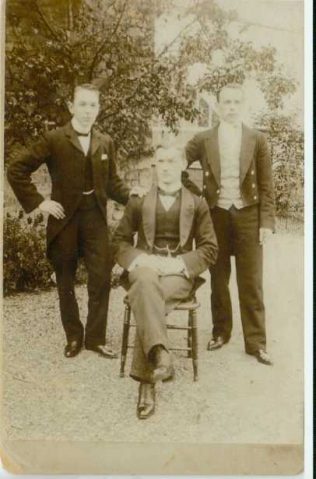 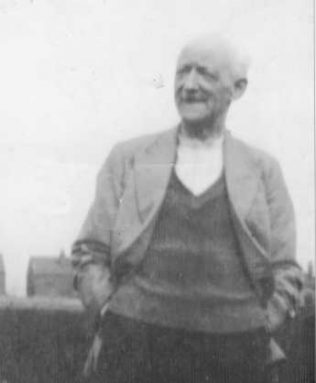 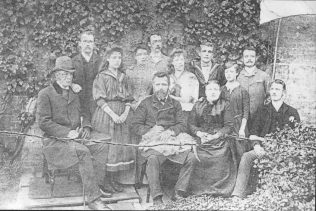 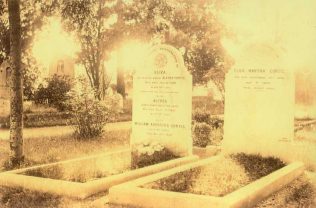 There are many stories of prominent people of our town  written on these pages. But to me, none more so than the person of whom I am about to write of.He didn’t have a street named after him, nor did he build any buildings or monuments, he wasn’t even born in Mansfield, but he chose Mansfield as a place to live, settle down and bring up his family.

Unfortunately I knew very little about him , for he died when I was only eleven years old.

Yes !  He was my father, Christopher Henry Curtis, Born 18 / 02 /1885. His parents lived in Whitechapel, at the time of the  Ripper murders. The family originated from a London  area called Bromley – by – Bow.

At sometime later, the family all moved to Central Cambridge , where they ran two ” Beer Houses “, and a very profitable ” Horse and Carriage ” business. So much so, my father went to school at Cambridge, the same time as Jack Hobbs, often playing cricket with him on ” Parker’s Piece “.  His schooling must have been successful, for his first job was at a printers. It is in Mill Hill Cemetery in Cambridge that the family’s double graves are situated in the St. Andrews the Lessor’s part of the cemetery.

I am not quite sure of the following years, for he next shows up as a  “Lance -Sergeant” in the 1911 Census , at Fullwood Barracks in Preston.  The name , D.O.B. tying in ..  It has crossed my mind that it was more than a coincidence that Clipstone Camp could well have been, being stationed at the camp, the place he met my Mother. There were two other coincidences  that tie in with the history, and one was, my Aunty Florence had moved to Mansfield, living on Quarry Lane after marrying my Uncle Lawson Storey. After their house on Quarry Lane was demolished, the family moved into the Brickyard. Lawson was both a miner,  and also a gamekeeper for the Duke of Portland in the Mansfield area. He was also a chimney sweep in his spare time, that is if he ever had any spare time.Lawson Storey was born I believe in the late 1850’s.

When the first World War started, my father would have been 29 years old, and being a soldier at the time, could well have been drafted to Clipstone. I cannot say if indeed he was drafted overseas , what I do know, and that is, in our house when I was a child , there were 3 or 4 War Medals from the First World War , my Mother never said anything about them , maybe I was too young. I do know I was very proud, whoever they belonged to..

For the eleven years that I knew my Father, he worked for the Railway Company, the L.M.S. He wasn’t an Engine driver, a Fireman, a Signalman. Most engines that came into the sheds, he knew about. He had an office, wooden desks with drawers, and yes, probably the most important item in the office, an old fashioned phone, one of the earliest on record. Anyone asking about anything, he knew what it was. He was also the “First Aid Man “.  He once saved the life of a man who had fallen into the Brickyard pond… From his early days as a ” Footman ” he was always immaculately  dressed… When out, he always wore a collar and tie, and always drilled it into me, that no matter how shabby your clothes are, if you have a shiny pair of shoes on, boots in my case, you will always look smart.. He always practised what he preached, for he always wore Patent Leather Boots…

During the 2nd World War, he ran the local National Savings Certificates and Stamps for the War effort from the sheds. He did all this until the day he died in May 1945.He wasn’t a Hero, he didn’t build up a company, he didn’t make a lot of money, nor did he become something he was not.

What he did do was serve his country,  he married my mother, and most of all he taught me right from wrong, and to do what I could to help others..