You are here: HomenextTopicsnextHealthnextDr Tweedie 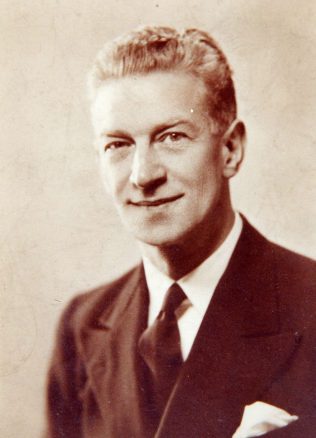 Dr Tweedie is a doctor recalled by many people in the early memories of Forest Town. Very few people would know that he was born in Belfast, and his full name was Norman Claude Basil Lancelot Tweedie.

He was in the Army for three years and was mentioned in despatches. He also won a flyweight Boxing Championship while in the army.

Dr Tweedie came to Mansfield in 1919 and was at one time in practise first with Dr Houfton and then Dr Gettleson at Forest Town. After the death of Dr Gettleson Dr Tweedie had his own practise.

He is remembered as;-

‘being a ‘gentle’ doctor, also one that did minor operations on the parlour table with the aid of chloroform.’

‘Dr Tweedie was a great help to the miners in times when it was difficult to claim compensation. He was well respected at Mansfield Colliery’.

He was a member of the Mansfield Colliery Unit of St Johns Ambulance Brigade.

In 1946/7 when the No 3 Police Training Centre was established in Forest Town in the Former Bevin Boys Hostel, Doctor Tweedie lectured the police recruits in First Aid. Those times were recalled by recruits and staff:-

“We used to call it Doctor Tweedie’s Twilight Hour, he used to give us a lecture on first aid. A nice chap he was.”

“Dr Tweedie had a very low almost Irish voice, don’t think he was Irish but he’d a very low voice…He could send you to sleep as quick as anything…”

Prior to living at Annesley House Mansfield, he lived with his wife at Sherwood Hall on the edge of Forest Town.

His wife (possibly Lily) was the sister of Victor Mclaglan a film star who appeared in films such as the ‘Quiet Man’ with John Wayne. The film star often visited Sherwood Hall, and people in Forest Town still remember those visits, including the car he drove, and that he used to go into the Ravensdale Public House.

How many children Dr & Mrs Tweedie had is unknown, local people recall that one son died tragically in a garden shed fire when the family lived in Mansfield. Another son Basil Victor Hennesy Tweedie was a Pilot Officer in 250 Sqdn., Royal Air Force Volunteer Reserve. He died aged 20 on the 10th May 1942, he is remembered on the Alamein Memorial, Egypt (see  www.cwgc/register )

Dr Tweedie died on 30th July 1951 while holiday in Cornwall, he was only 58. His home address at that time was Annesley House Mansfield

Dr Tweedies obituary in the Chad stated that he was survived by his wife, two sons and a daughter living in the USA. His funeral took place in Halwel London.