You are here: HomenextTopicsnextBusinessnextIndustrynextPercy Lander 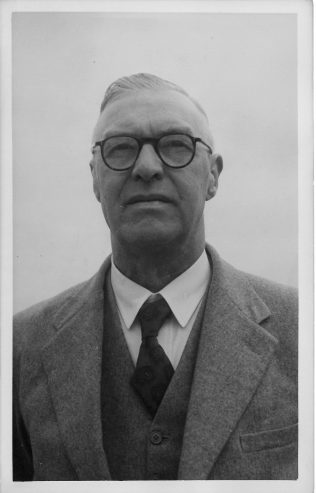 This photograph is of Percy Lander who founded Landers Bakery in Mansfield, (my grandfather).

Little is known of Percy’s early life. In 1901 he was living with his parents and sister Sarah Ann at Highfield Terrace, Mansfield. His father was a frame work knitter. Around 1903 Percy’s brother Theodore was born in Mansfield

In 1911 the family were living at 15 Chaucer Street, Mansfield and both Percy, his father and sister were working in a hosiery factory.

Percy married Gertrude Bakewell at Mansfield in 1920, at the age of 24, they had 2 daughters Kathleen & Thelma.

At a date unknown Percy started a bakery business and he worked hard to establish and found Lander’s Bakery, in Mansfield. Both his daughters worked for Landers, Kathleen in the offices and Thelma in the bakery itself.

Percy was only 49 when he died of a heart attack in 1949. The bakery was sold and taken over but still maintained the name Landers until 1981 when it finally closed.

Maybe other members of the Landers family will be able to add comments to this page.