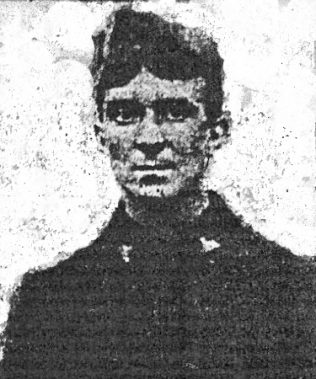 In 1910 aged 14 Charles Wetton was living with his parents Charles and Jane Wetton at 35 Clumber Street, Mansfield. He has two sisters and one brother. His father is listed as a Tailor. All the family were born in Mansfield Nottinghamshire.

On the 1911 Census he is to be found living with his sister Lily and her husband Anson Greenhalgh at 2 poplar Court, Mansfield, he is referred to as Charley. His occupation is ‘collier.’

‘The name of Pte. Charles Wetton, late of 2 Poplar Court, Wood Street, has to be added to the long list of Mansfield men who have laid down their lives for their country. He was 25 years of age and unmarried, and prior to enlisting in September last he worked at the Pleasley Colliery and resided with his sister, Mrs Greenhalgh at the above address.

He belonged to the 2nd Lincoln Regt., and under went his training at Grimsby, going to the Front last February. He was shot through the forehead on the night of July 21st.

His sister has received the following letter:-

I deeply regret to have to tell you that your brother, Pte. C Whetton was hit last night at 11.30. He passed quietly away in about four hours. He was a thoroughly sound man, always willing  to volunteer for any duty, however irksome. He was an efficient soldier, and could always be relied on thoroughly. His death is a very great loss to the platoon, and I condole with you most heartily in your great bereavement. – Yours sincerely.

Pte 14259  C Wetton aged 25 of the 2nd Batt. Lincolnshire Regiment date of death is given as 22 July 1915. He is buried in White City Cemetery, Bois-Grenier France.

He is the son of Charles Wetton 53 Stockwell Gate, Mansfield