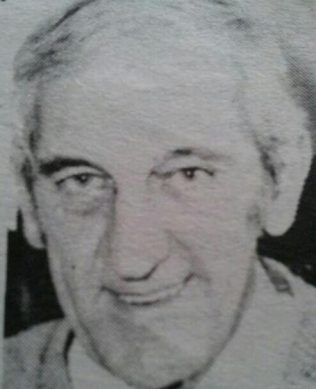 Another person whose name will only be familiar to some of the older generation was Jack Barker. His name will be, particularly to the people from Arthur Street and the Newgate Lane area, well known.  Although, once again, not familiar to the younger generation.

Jack, and his sister Betty  for many years ran the corner shop at the junction of Arthur Street, and Newgate Lane. Betty had been married at one time, for her name was Mrs Betty Williamson. Jack and Betty took over the shop when their parents retired from the shop. For many years, their parents had run the shop, supplying the residents of Wood Court and the surrounding areas. It was from that time that my wife’s parents got to know the family. When all the residents of Wood Court all moved up to the new estate of Maltby Road, Jack and his sister’s family continued to supply my wife’s family and keep the friendships that had been built.

When my wife and I were first married, Jack used to deliver our rations , but as a young girl, she had to go to the shop to collect them. She was given a penny for going, and had to decide whether to go by bus, or come home by bus. As it was down hill to the shop, she ran down the hill, letting the bus carry the box of rations up the hill home. The fare was 1d each way.

One could not wish for two nicer people to serve you from behind the counter. Jack was a bachelor, and Betty was on her own, so it was the obvious choice for them to take over the business, and run it they did, and very well too.

Jack was born in Nottingham, and went to Whinney Lane School at Ollerton. Living in the Mansfield area for most of his life.

For around 30 years, Jack worked for the family shop on Arthur Street. His final working year was as a wages clerk at Clipstone Colliery for approximately 16 years. he moved to Clipstone Drive, Forest Town, from the shop.

Jack had an interest in the Scout Movement, I believe he was an assistant Scout Master, and very much sports minded, playing golf and swimming. He was also a member of BLESMA  and R.A.F.A.