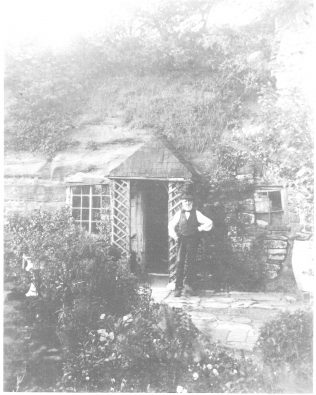 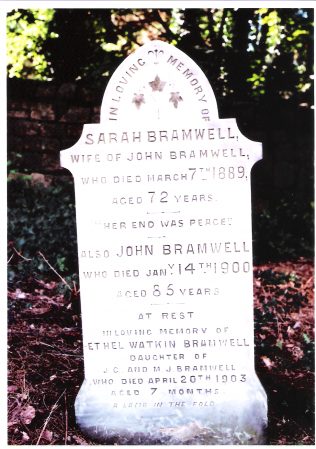 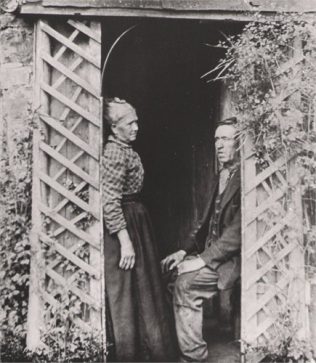 My gt gt Grandfather, John Bramwell, was born in 1815 and died in 1900, age 85. During most of his life he had made his home in the Rock Houses on Rock Hill, Mansfield. He had converted what was formerly the stack yard of the besom makers into a desireable garden. He had raised 10 children, all born in the Rock House, with his wife Sarah. Only one had died during infancy, all of the other children survived to a good old age. In his garden he grew many plants, herbs and fruit trees. Amongst his collection of herbs were, swallow wort, pennyroyal, hysop, sage, motherwort, saffron, rosemary, lavender, thyme, mint and balm. His flowers were lily of the valley, pinks, roses, hyacinths, pansies, jasmine and many other varieties only known to the expert botanist.

His occupation was that of framework knitter. His daughters worked in cotton mills, and his sons laboured in local foundries. His youngest son, John George was a local blacksmith, and worked on Toothill Lane.

He was photographed  by Albert Sorby Buxton, in the late 1890’s,  and also had a painting produced by the same artist, showing him stood outside  his humble home.