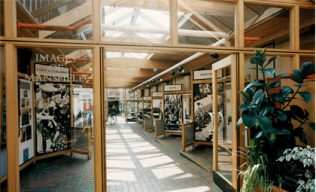 William Edward Baily, being an only son, inherited his father’s fortune whilst still in his minority in 1874. His father, who had initially been a gentleman farmer, was the driving force in establishing the Mansfield Brewery, in 1855, along with Samuel Hage and John Watson.

In 1878 William owned one third of the shares in the brewery and by 1885 his holding had risen to one half, with the added privilege of not having to work for his money.

Apart from his wealth, which afforded him many eccentricities, he was indeed a most interesting character. He was born at Melton House, Leeming Street, Mansfield and educated first at home and then at a private school in Worksop where he showed an aptitude towards the sciences, particularly chemistry. He was further educated in London where he qualified as a chemist. After his return to Mansfield he and some friends created a Histrionic Society (dramatic), which mostly performed for the aid of charities. Williams’s grandfather, Edward Bunting, also a chemist, had for several years been collecting butterflies. William became interested in this collection and soon began adding to it. He started storing his ever increasing collection of natural history  in a room at the brewery, on Littleworth, much to the displeasure of the employees, however he soon moved it to the new family residence on Westgate known as ‘Westgate House’ (opposite the old market cross).

With his deep fascination for both natural history and science in general he was more than happy to demonstrate his knowledge to often large audiences wherever he lived, but in particular in the large hall that be had had built behind his Westgate home. This extrovert character also enjoyed many sports but was most proficient at skating. Being an accomplished musician he was able to play several instruments with expertise.

During the early 1880s he was advised to spend time near the sea air. Accordingly he became a frequent visitor to Penzance and after his marriage and birth at his daughter in 1884 he left Mansfield and took up permanent residence there. He settled in Paul Town near Penance in a house called Lynwood in which he rented for £95 per annum.

One of his eccentricities which he left behind in Mansfield was a group of men known to the locals as ‘Baily’s Horse’. However others referred to them, as a retinue of “lay-a-bouts”. These men, dressed in uniform appeared to have been Baily’s servants pampering to every whim and thrusting a pint of ale at everyone who entered his home. They continued to look after his Westgate home and Farnsfield farm until they were sold in 1902.

Once in Penzance he became well known for not paying his bills, at one time he owed £177 2s 6d to the local chemist. He joined many clubs and societies and despite his forgetfulness or reluctance, to pay his annual subscriptions, for years in a row, he was still elected President of the Paul Cricket Club.

His natural history collection outgrew his home and after looking around he found an old Roman Catholic Church, made of wood and iron, at Battersea which he subsequently purchased and had it moved to Paul in 1892. In 1895 he opened his collection up to public viewing.
After the turn of the century his health started to deteriorate and the doctors advised a long holiday. He went to the West Indies.

After returning home he felt a lot better however this reprieve was short lived for he passed away on the 26th May 1903 at the age of 48.

Shortly before his death he asked the Mansfield Borough Council to accept, as a gift, his museum and complete natural history collection. The gift was accepted and a site chosen. The transfer of the building and collection took three month and was reconstructed on the site of Sanderson’s foundry, being the same location as the present museum.
Baily had died before the move was completed but at least he knew that the collection which had taken him 27 years to accumulate would be well looked after. The museum was opened yo the public on the 6th July 1904 .