The Murder of Mary Hallam 1841 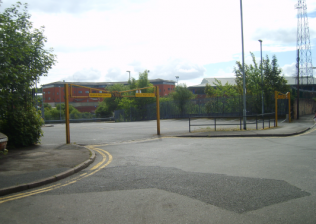 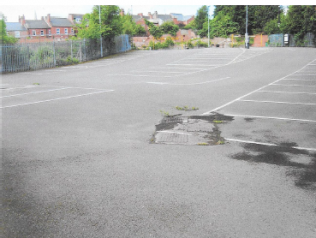 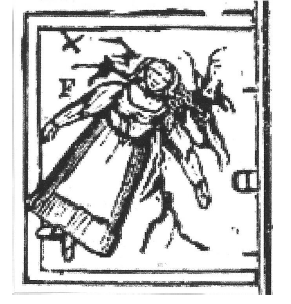 The Murder of Mary Hallam 1841

Leaving St Peters Church and proceeding through the subway beneath the present day ring road there is a car park on the left hand side which nearly two centuries ago was the scene of a brutal murder where one John Jones in a fit of jealousy slit the throat of nineteen year old Mary Hallam. In those days there stood a row of houses on which is now the entrance to the car park and to the rear of the houses was Wragg’s Court commonly known by locals as Wragg’s Yard no doubt so called as the Wragg family were residents there.

Here stood the row of houses which were the homes of the Hallam and Wragg families and the lodging place of the murderer John Jones.

The street was then known as Lister Lane later to be called Church Lane; the tragic incident was reported in various newspapers of the time including The Chronicle and the Nottingham Review.

The following are extracts from various newspaper reports.

Dreadful Murder at Mansfield near Nottingham

This morning the peaceful little town of Mansfield was thrown into a dreadful state of consternation by the discovery of a most dreadful and cold blooded murder. The hapless victim of this atrocious deed was a young woman in her twentieth year named Mary Hallam. – She lived with her parents William and Ann Hallam in a row of houses on Lister Lane; she was of good character and worked from home as a dressmaker. The murderer was a young man named John Jones alias Samuel Moore aged 23 a shoemaker who had previously courted Mary and lodged at their house but had taken to drinking and had made use of threatening language leading to him becoming unwelcome at the Hallam’s and Mary discontinued their relationship. Jones left the Hallam’s and went to lodge in the same yard on Lister Lane at the home of Mary Wragg a widow and her family, he also rented a lockup shop at the bottom of Wragg’s Yard where he worked at his trade of shoe making.

On Christmas Day Mary had been on a voyage to Worksop to a feast where another young man had been paying her attention. On the night of the 30th of December Priscilla Adcock was at the Hallam’s house working with Mary when Mary said she was going out to hear some news but did not say where she was going. It was then the unfortunate girl met with her tragic end at the hands of her former boyfriend.

The following are some particulars from the trial…

Mr Wilmore for the prosecution called William Hallam father of the deceased Mary. He said he last saw his daughter on the 30th of December about one o’clock but when he came home from work at nine o’clock that night he found that Mary had gone out without bonnet or shawl and when she did not return he became alarmed for her safety and searched the whole town for her. At eleven o’clock he took a lantern and went to the mill dam but without finding her, he then decided to go to Jones shop in Wragg’s Yard and put a table against the wall to enable him to look through the window. By the light of his lantern he saw his daughter lying on the floor in a pool of blood, he ran to tell hiswife that their daughter was dead and then fetched Constable Metham and they proceeded to Mrs Wragg’s house where Jones was lodging.

William Metham Constable of Mansfield gave witness at the court…

They went to the prisoners lodging at a quarter past Twelve and he told Jones he wanted him on a charge of murder which at first the prisoner denied, they walked out of the house and when they had gone one hundred yards in silence, Jones said “Mr Metham I am the murderer” they proceeded to the lockup and Jones said “You will find the key of the shop door under a tile on the rabbit cote at the back of Mrs Wragg’s” and said they would find the knife near the body. Constable Metham said there were several large cuts to the throat of the victim and also there were cuts on the hands.

A sketch presented as evidence showing the body of the murdered girl lying in a pool of blood, the window the father looked through is on the right and the cross marks where the knife was found.

The prisoner was called to give account to the court and said “My name is John Jones I am acordwainer and 24 years of age I live at Mrs Wragg’s on Lister Lane” – He later said at the Nottingham Assizes that before committing the fearful deed he asked the deceased if she would marry him. She replied that her parents would not allow it, he then said if he could not have her then no one else would, he began to slash her throat and she begged for her life and asked for time to pray before he killed her but he answered that he would pray for both of them and completed his dreadful purpose. After some time he went to a public house and drank several glasses of ale then went home to bed.

The car park today which was formerly Wragg’s Yard is where the murder of Mary Hallam took place.

Ann Hallam mother of the deceased was called to give evidence, she appeared dreadfully altered, and the poor woman could not stand up and nearly fainted away in the witness box. She said that she saw her daughter last on the 30th of December in her house at five minutes past eight and by half past eight her daughter had gone out. The mother was too weak to proceed with her evidence and was lifted from the witness box.

Mr Samuel Hurt the surgeon gave evidence and described the fatal wounds to the throat and said from the cuts to the hands he believes some resistance was made.

The jury conversed and the Clerk said “Gentlemen of the Jury have you considered your verdict? How say you? is the prisoner John Jones guilty or not guilty?” The Foreman replied “Guilty of Murder”. All eyes turned to his Lordship who was placing upon his head the black cap the symbol of death he then pronounced sentence.

On Saturday the 23rd of March 1842 John Jones alias Samuel Moore was hanged from the scaffold at Nottingham in front of thousands of people who had come from near and far to see the end of the murderers life.

The Nottingham Review newspaper reported on the 7th January 1842 – On Monday the body of Mary Hallam was committed to the earth in the churchyard at Mansfield attended by an immense crowd. The father and mother followed the body and also a young man named Rowland who had lately visited the deceased. It was not considered by many that this was in good taste, a rival following the funeral train of her who had fallen by the hand of him to whom he was opposed. The parish register records. – Mary Hallam of Lister Lane age 19 was buried 3rd January 1842.The mother Ann Hallam never recovered from the terrible loss of her daughter and died some months later and the parish register records. – Ann Hallam of Lister Lane age 56 buried September 11th 1842.

The area today is just a car park but it was there in 1841 that a young girl by the name of MaryHallam was fatefully murdered in a horrific manner.