You are here: HomenextTopicsnextReligionnextMansfield's Secret Pioneers 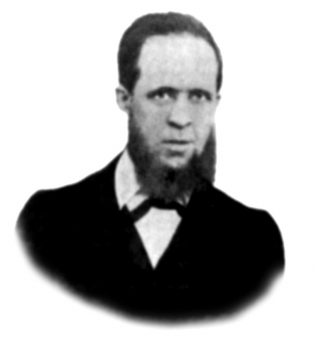 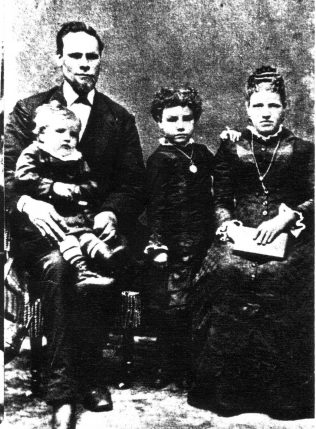 zoom
Harriet Hanford, her husband William Noyce and two of her children

Do you ever think, as you watch those countless ‘Westerns’ that depict the harsh and dangerous life of early American pioneers, that in reality some of them commenced their journey in Mansfield or its surrounding towns and villages? Some of the thousands of emigrants were the labourers and framework knitters of our region, seeking a better life for their families.

Many of those seeking that better life were heading for the home of their new found religion – The Church of Jesus Christ of Latter-Day Saints; frequently referred to as ‘Mormons’. Dozens of families left the streets of north Nottinghamshire to join other pioneers crossing the American Plains to seek peace and security amongst those of same beliefs.

By the end of the nineteenth century over 50 local families had crossed the Atlantic on their mammoth and arduous trek to Utah. Among them was coal miner Ishmael Scothern, who had lived in Sutton, Mansfield Woodhouse and Mansfield; he had previously worked as a Framework Knitter. Since the family could not afford to emigrate all at the same time they went in four separate phases from 1881-84. His oldest children emigrated first, followed by Ishmael on the third phase and finally his wife and youngest children. However tragedy struck when Ishmael was killed in a mining accident in Wyoming in 1884, just months before his wife, Abigail and their younger children were to join him. Abigail remarried and the family continued on to Utah .

Many of these families suffered much during their journey; here are some more of their stories:

James Hoggard , of Edwinstowe, and his wife Emily, who had six children born to them in this country, emigrated in the 1850s and had seven more children America . Due to the expense of emigration, James went first in 1884 in order to secure a job. From his daughter’s journal we read: “They [the ship] became lost and tried to find the winds, but failed. When near the West Indies some of the sailors went to shore to get water as the ship’s supply was running low. The food supply was running low, so it was necessary to go on rations. Here they were in a dead calm for 20 days, with the thermometer reading 120 [49 Celsius] in the shade.  They took on board a few casks of water near Cuba . Here again the ship struck bottom and was compelled to stand still until the next day when the tide came in, when the sailors tied ropes to the ship and pulled it off in a row boat.”

He arrived after 67 days at sea then everyone had to spend two weeks in quarantine where many of that company died.

After a year’s hard work James sent the money for his family to join him. “Emily was ill most of the way and Mary, who was only 10 years old, was pressed into service, cook, nurse and babysitter. The trip was hard on all of them. Their cup of sorrow run over, when Dorothy died from a sudden illness and had to be buried at sea.” James had never seen this daughter for she was born after his emigration.

They worked hard for another year to save for the journey west. They left for Utah just three weeks after their seventh child was born. “Emily had to ride most of the way in the wagon since she wasn’t very strong, and along the way she had to give up the third one of her children (the first having died in England ). James, who was just four months old, died and was buried along the way. It is hard to imagine the hardships and heartache they endured.” After a five-month journey they arrived in Salt Lake City .

William Pidcock served an apprenticeship as a whitesmith at 259 Stockwell Gate before emigrating in 1854. He married Hannah Blench on board ship soon after it left the Liverpool docks. Were they eloping?

Thomas Humphries , his wife and six children, who lived in The Nursery, emigrated in 1856. He was a framework knitter whilst his wife was a silk winder. Son John was a foundry labourer and 10 year old Sarah a nurse girl. After their emigration the whole family prospered on the frontier.

William Francis Moss , who resided with his uncle in Mill Court , off Bridge Street , and later lodged in Ratcliffe Gate, emigrated in 1861. After arriving in E.T. City on the edge of one of the Salt Lakes in Utah , he derived his living from extracting salt from the lake and then trading with it.

Eliza and Matilda Betts , two young sisters emigrated in 1864. Their story starts on Wednesday evening, 23rd March 1864 , when they told their parents they were going to choir practice, but in reality they had saved their money and smuggled a few belongings out of the house and went off to the railway station; they were on their way to America . One of the sisters said that the last she ever saw of her father was as the train buzzed by the allotments where he was bending over, weeding. In order not to be detected they sailed under an assumed name.

In 1869 the American Transcontinental rail link was opened which at least made the journey a little easier and faster.

Harriet Louise Hanford, who later married William Noyce, emigrated with her father’s blessing in 1872. Her father was a framework knitter who lived on Back Lane east , now Pelham Street . This is how she found life on the frontier, as told by her grand-daughter. “The next two children were boys. One lived to be one year old and the other lived to be three years old. Seven of her 11 children lived to become adults. During the cricket epidemic she spent most of her time cutting them in two with her scissors. She cooked for incoming families and her husband built many houses for the newcomers. Her cooking was always enjoyed by the Indians, who seemed to be able to smell her ‘biskies’ as they called them. Her second daughter, Harriett Louise, would hide under the bed until the Indians were gone. When her eldest daughter, Mary Anne, and her youngest son, George Nathan, became ill with meningitis, she was 43, Mary Anne died leaving a three year old daughter. George, who was also three, somehow lived but his eyesight was deeply impaired. At the age of 45 Harriet died during surgery for what was then known as inflammation of the bowel. It is not known as appendicitis. The surgery was performed on her dining room table.”

Alice Smithurst who found life in Mansfield tough says: “I did not get much education. My parents being poor, I was put to work as soon as possible. I went to work in the factory at the age of nine years, but being one year too young I could not continue until I was 10 years.” Her uncle had already emigrated and since her mother refused to help her an uncle in America ‘took up a collection among the boys.’ So that she could emigrate. Life was equally tough in America, but at least she was out of the 11 hour days at the factory.

Does it make you wonder how many of your ancestors either emigrated or how many had close relations who emigrated; for a better life?