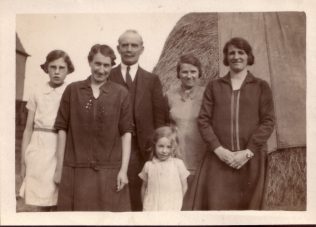 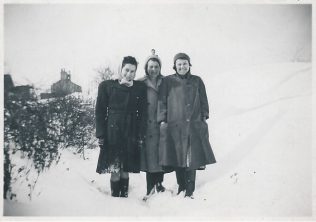 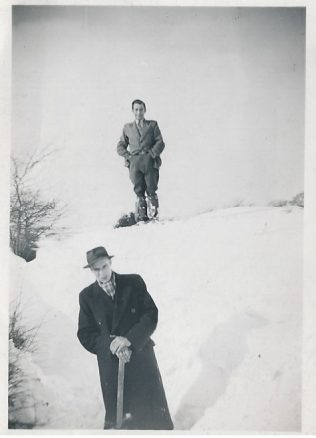 Also 2 photos at Hill Top in the 1947 January snows. The first is Floss, Florrie and Cilla with Hospital Cottage in the background and John Padley on the summit of a snow drift,

and the second John again on the drift with Bill Pitchford in the foreground.