You are here: HomenextTopicsnextEntertainmentnextMorgan Kingston 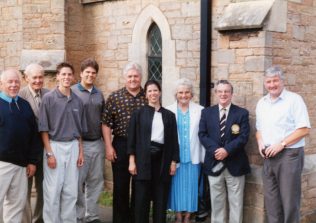 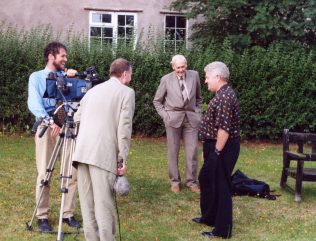 After working in pits at Hucknall, Alfred Kingston moved to Mansfield ‘Crown Farm’ Collieryand lived on Carter Lane, Mansfield with his wife and family. Around 1911 Alfred, who became better known as ‘Morgan Kingston’ moved away to pursue his singing career. His wife Henrietta, remained behind with their sons and daughters.

As with all family histories there is still plenty to be discovered about the trials and tribulations that took place during years that followed. It is not hard to imagine the pressures of life that affected a man who had moved from the hard graft of digging coal, to a totally different world of bright lights, costume, and the magic of opera. Nor is it hard to imagine the lives of the family left behind, living in a terraced house within the smell of coal dust.

In 1921 Jack and Bill, two of Morgan Kingston’s sons went to Canada, Morgan’s wife plus other members of the family moved there, two years later. At a later date, another son Bertie, who was an exceptional pianist, joined the family in Canada. Not surprisingly Bertie, like other members of the Kingston family married and had children of his own.

On Wednesday 30th August 2000 Harold, his wife and two teenage sons came to Forest Town where they visited Kingsway Hall and St Alban’s Church, just two of the places where Morgan Kingston had sung when he worked at the Mansfield Colliery. During the visit to the church Harold was filmed and interviewed for BBC Television (Midlands Today) and Radio Nottingham.

They also visited the Carter Lane area and saw the house where the Kingston’s had lived, and the school his children had attended. Additionally they met for the first time, relatives that they had, until very recently had no knowledge of, John Kingston of Forest Town, and Kay Priestnall from Sutton-on-Sea.

The Kingstons, their relatives, and enthusiastic members of the ‘Friends of Morgan Kingston Group’ met together at the home of local historians Malcolm & Pauline Marples, where there was a lot of family stories and photographs in evidence. Harold was delighted when he was given a folder about his Grandfather and a CD of some of his records, surprisingly Harold had never heard him sing.