You are here: HomenextTopicsnextSportnextBoxing - Roy Crofts

The name of Roy Crofts can be discovered in some of the Boxing Reports in the Nottinghamshire Evening Post in the late 1940s. Sometimes it refers to him as being from Forest Town, other times from Mansfield. 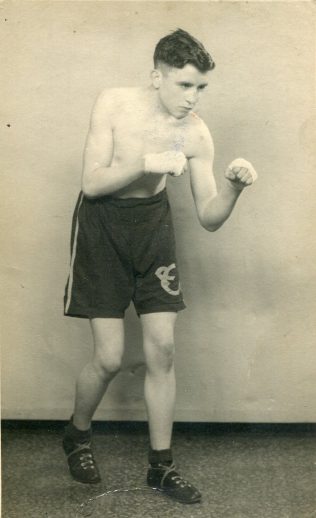 One such report is as follows :

Bulwell Boxing There were knockout decisions in all five fights at Bulwell Drill Hall last night… Featherweight Billy Hill (Chesterfield) beat Tony Reddy (Rochdale) in the second round: Roy Crofts (Mansfield) beat George Towel (Beeston) with a technical K.O. on the second round. 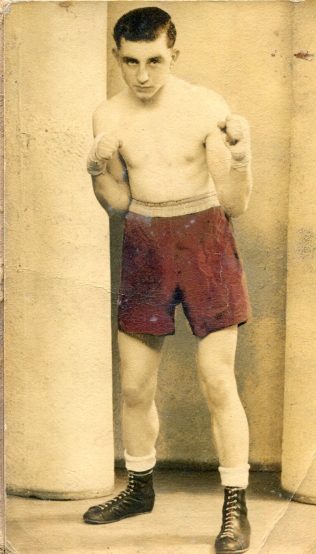 Roy boxed from the age of 16 until he was 21 but continued going to Forest Town Welfare to train other boxers where there were facilities for this. 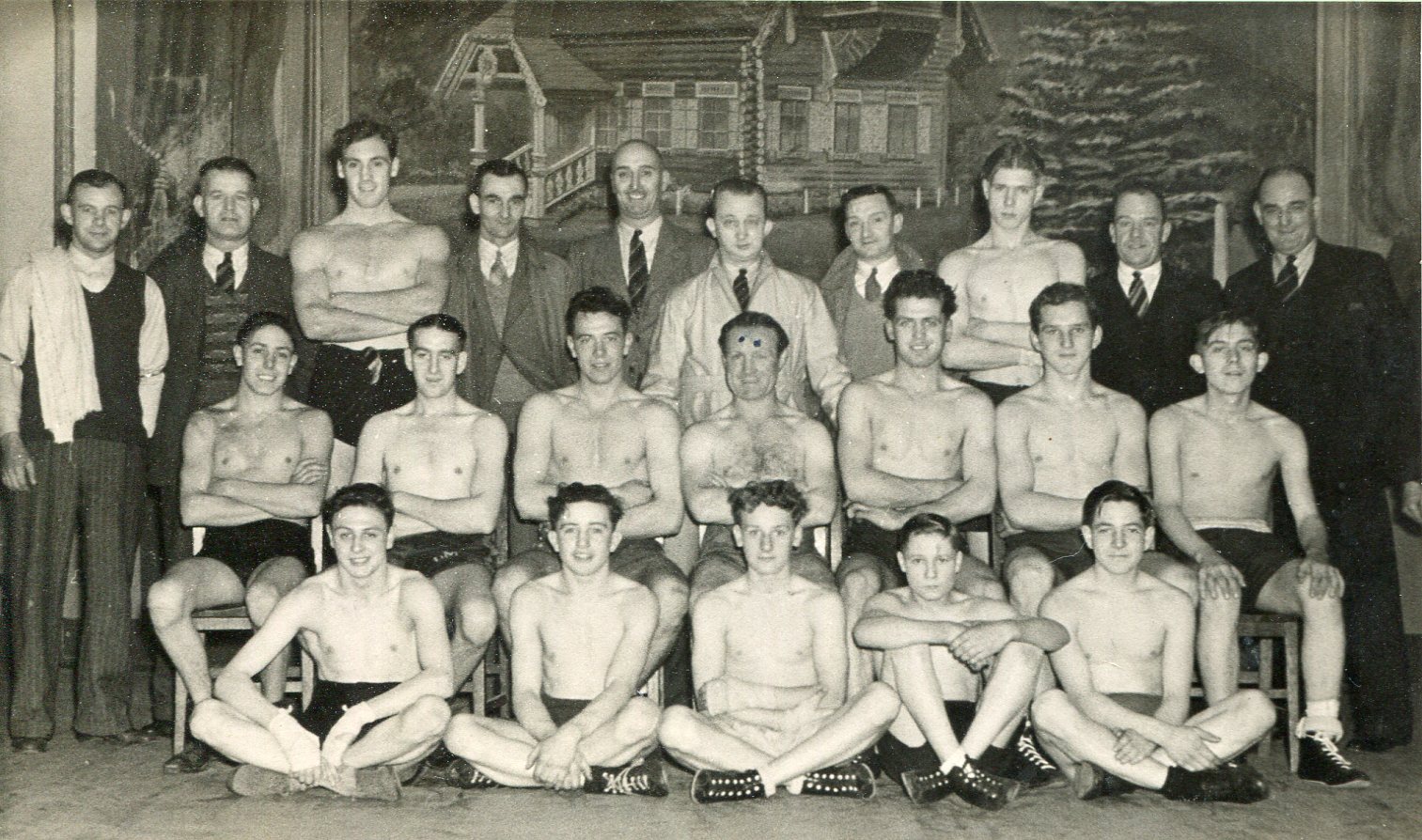 The group photo is said to be at the Welfare but we believe it was in fact taken at Forest Town Drill Hall because of the back cloth on the stage. The photo shows Roy Crofts front row, 2nd left. Back row 4th from the right is Joe Crofts (Roy’s father). The man in the centre of the middle row with two marks on his forehead is Billy Hill.

With acknowledgement to Paul Crofts for the information and photographs