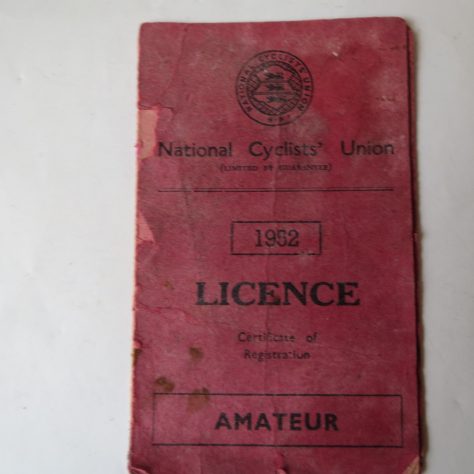 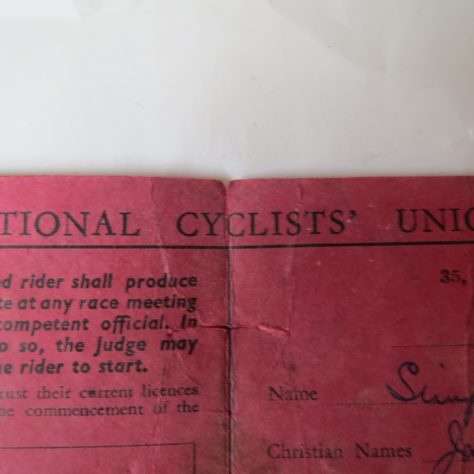 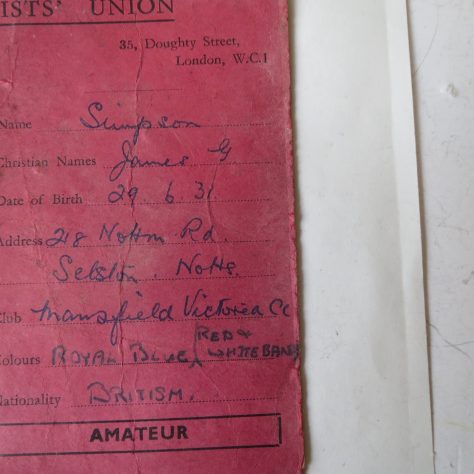 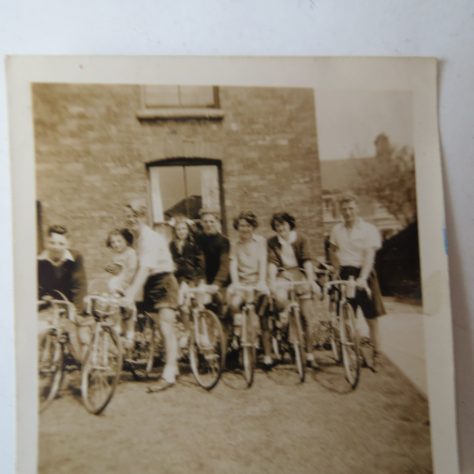 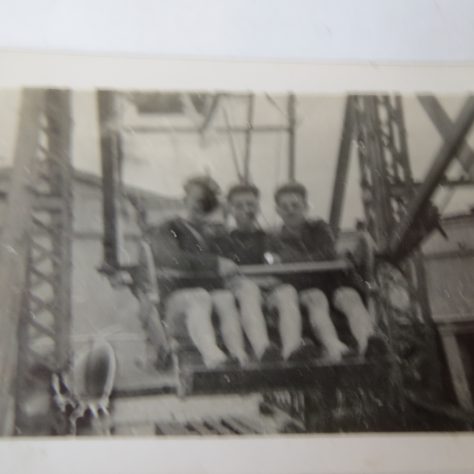 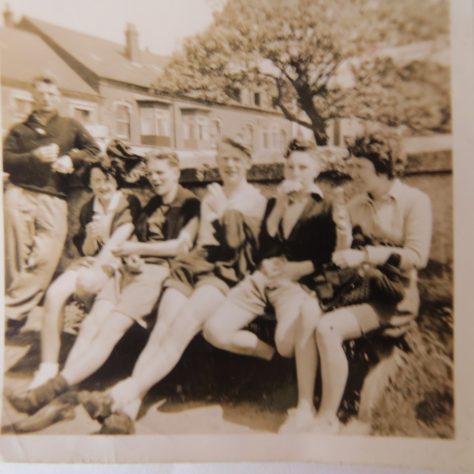 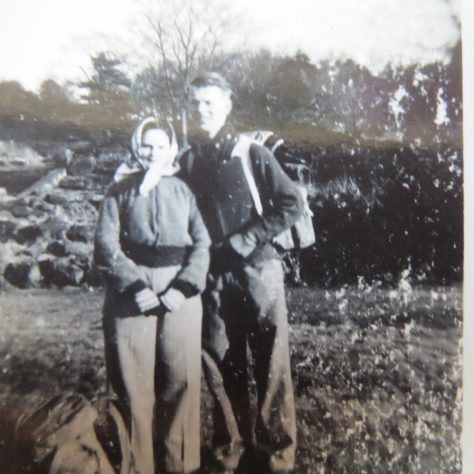 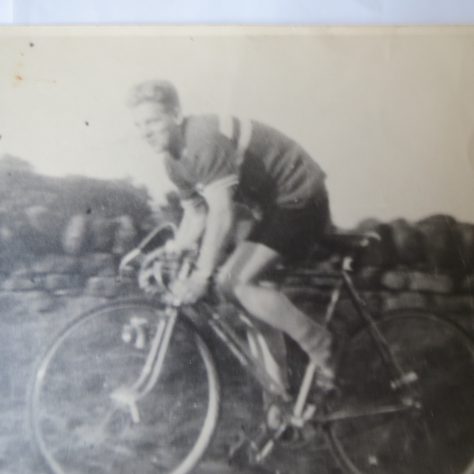 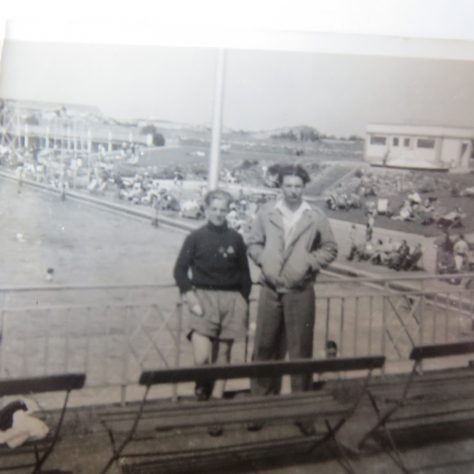 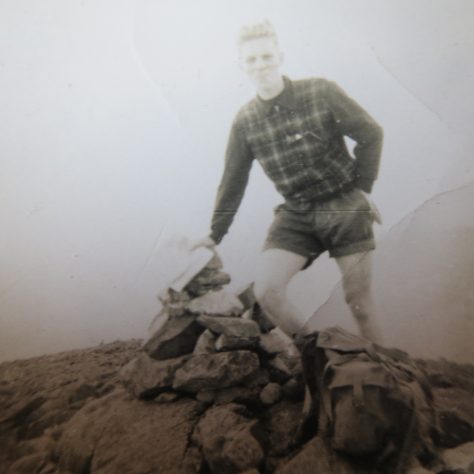 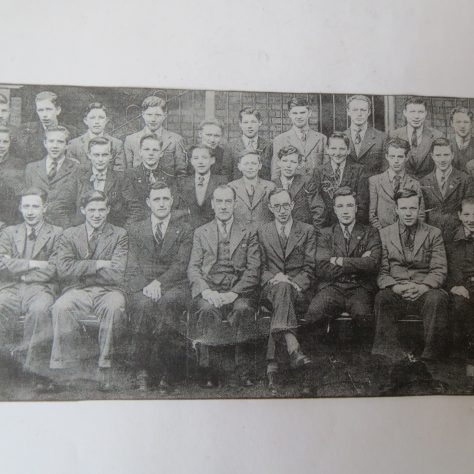 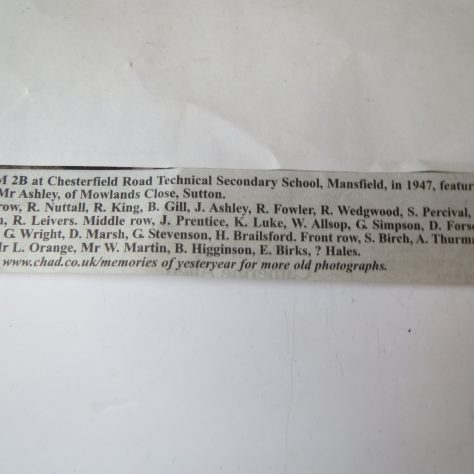 Geoff Simpson has submitted a number of photographs from his cycling days with the Mansfield Victoria Cycling Club.

The first three are of his Racing Licence.

The fifth image is of Dave Clarke and Geoff Simpson and another cyclist.

The sixth image shows the same group as in the fourth photo – on a ride to Mablethorpe.

Geoff Simpson in the track vest designed by his mother! He had no idea that it was the same design as the World Champion’s and as such was illegal! They all just had one bike each and trained and raced in time trials, up and down mountains on a fixed gear. They then changed to 3 speed gears for a flat road race, usually at aerodromes. He rode this bike, with fixed gear on his very first track race at the Nottingham Quin-Centenary celebrations in 1948 at the Nottingham grass track when he was 17.

Geoff and Dennis who was not in the Vics. He was a trainee plumber and was with Geoff at Mansfield Technical College.

The next photo shows Geoff at the Black Rocks, wearing the customary gear for cyclists at the time – no Lycra!