You are here: HomenextTopicsnextSportnextMy Torch Day 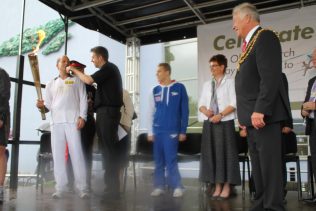 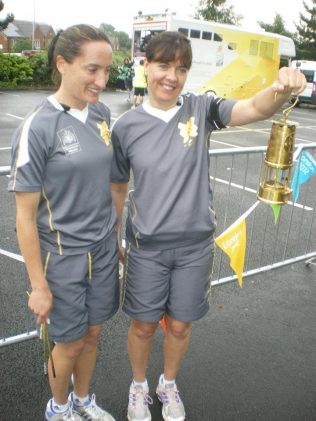 zoom
The flame is put into the miner's lamp during lunch 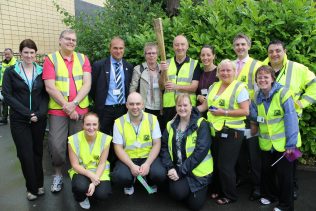 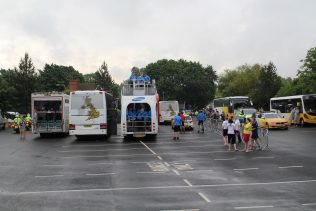 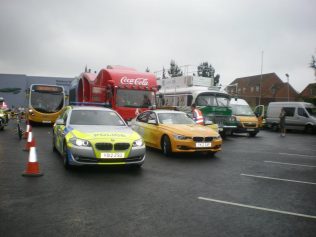 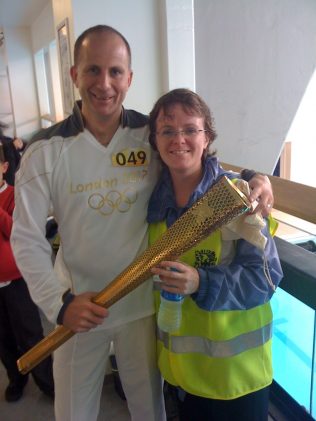 zoom
Me, Steve and the torch 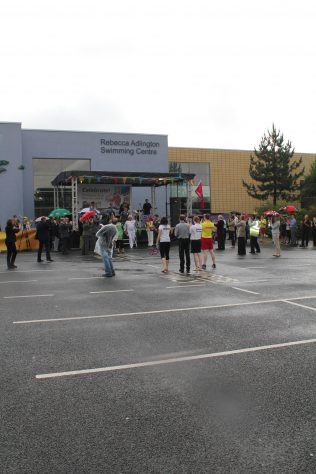 zoom
The torch on its way again after the lunch stop

On Thursday 28 June 2012 the Olympic Torch came through Mansfield and I was lucky enough to play a small part in its visit to my hometown.

I was chosen as an official marshal at the crew lunch stop at the Rebecca Adlington Swimming Centre.

We had an early start at the centre setting up barriers, putting up bunting and generally getting the centre ready for the visit. Everyone on shift that day was in high spirits and we were all very excited to play our part in this special occasion.

I was given the task of looking after the visiting school children from ForestTown and Samuel Barlow. The kids were very excited as well and we had lots of practise at waving our flags.

The weather wasn’t very kind to us on the 28th, the rain and thunder storms were like nothing I had ever seen before but we were determined not to let it spoil our day!

Wrapped in our ponchos we waited for the torch to arrive. The call came over the radio “..the torch is here..” and everyone started to wave and cheer, it was an amazing sight and the atmosphere was electric (if a little damp).

The torch was carried into the RASC by local man Steve Grainger. The Executive Mayor Tony Egginton officially welcomed the torch to Mansfield, the flame was then put back into the miner’s lamp and the crew could then enjoy their lunch.

Steve Grainger stayed at the centre for awhile and very kindly let people have a hold of his torch and he posed for loads of photographs.

After lunch the torch was re-lit and the next runner disappeared off down Westdale Road. We all cheered again as it left and wished it well on its continued journey to London.

It was a brilliant day, a chance in a lifetime to be part of something that is celebrated across the Globe. I was very proud of my hometown on the 28 June 2012 and I will always remember it.