You are here: HomenextTopicsnextSportnextKen Wagstaff 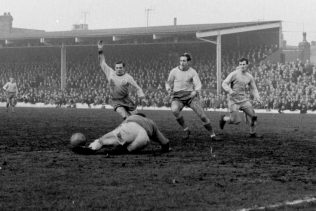 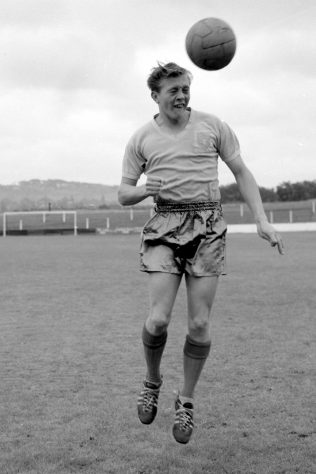 Everyone who supports a football team has a favourite player.
But who is the greatest player for the Stags, well I suppose it all depends on who you have seen play.
In the last ten years lots of people would vote for Liam Lawrence, in the mid 30th Teddy Harston’s scoring record of 81 goals, seven in one game, in just two seasons would get him plenty of votes
Before that Harry Johnson and Chris Staniforth would all be in contention.
In the promotion seasons in the mid 70 long serving Sandy Pate and Rod Arnold along with the goal scoring partnership of Terry Eccles and Ray Clarke would have admirers.
But surely the greatest player to don a Stags shirt is Ken Wagstaff the scorer of 93 goals for the Stags in the early to mid 1960’s and umpteen for Hull City , where he ended his career.
Starting his career as a 17 year old “Waggy” was the forward that the word quick was invented for, quick of foot, quick of thought, add to that perfect balance, strength and a touch of arrogance and you had the ingredients for the perfect striker.
Having seen many of the Stags greats at Field Mill Ken Wagstaff is, in my mind, the greatest player to don that shirt.
What about you?