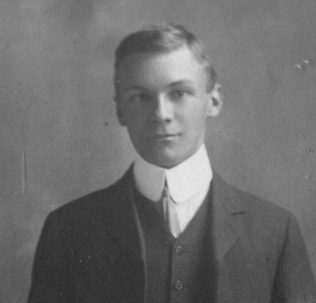 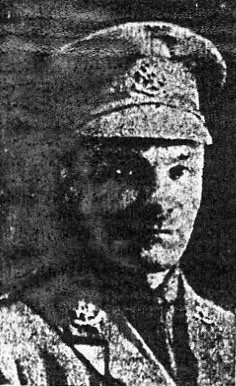 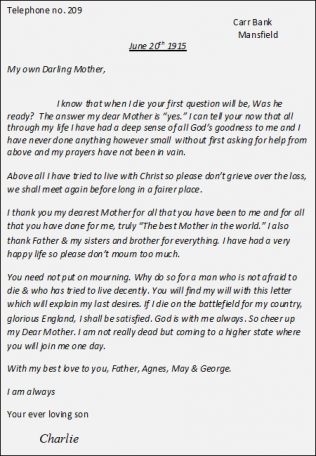 zoom
Reconstruction from a photo of the ambulance in local newspapers

Charles Morley Houfton was born 20th June 1887 in Manchester Lancashire,  he was the second child of John Plowright  Houfton and Frances Houfton. The 1891 census shows the family living at Sutton-cum-Duckmanton in Derbyshire.  John is a mining engineer and colliery manager. Four children are shown,  Agnes Pheobe (5), Charles Morley (3), Frances May (2) George Herbert (8mth).

John P Houfton became well known in Derbyshire and Nottinghamshire, he became Mayor of Mansfield and he was eventually Knighted. While there is much that can be written about this interesting family, this article will concentrate on Charles Morley Houfton.

Charles was educated first at the Sophia Taylor Prep School, Belper, Derbyshire where on the 1901 census he is shown as a  boarder.  He was then at Leys School, Cambridge, a school which had Methodist foundations. He was said to be a great favourite with both the Masters and his fellow pupils. He was at Leys School from 1901 to 1905. From there he went to the City and Guilds Technical College in London and did a three year course in civil engineering.

After his degree he was given an appointment on the engineering staff of the Great Central Railway ‘and was for two years engaged on the construction work of the new docks at Immingham. He may have stayed with relatives some of that time as the 1911 census  shows him living at Healing, Grimsby as the nephew of John Smith’ On completion of this work he joined the staff of R Elliot Cooper, and was employed on the construction of the new Mansfield Railway.

On August 13th 1914 Charles joined the OTC at Nottingham University College,  and was trained under Captain Trotman. He helped to drill the Nottingham City Battalion. On October 14th ‘he was appointed  1st Lieutenant in the 8th Reserve Sherwood Foresters.’  On July 11th 1915 he was sent to the Western Front to join the 1/8th Sherwood Foresters, he served with them in the trenches in Belgium and France.  Newspaper reports state that he became Brigade Mining Officer on August 16th and was said to have done useful work in this capacity. ‘He took part in the fighting at Hooge, Loos, and the Hohenzollern Redoubt in which his Colonel major and many other of the officers were killed or wounded.’

In one long letter he wrote home to his parents, that  was published in the Mansfield Chronicle 23 September 1915 he is very descriptive of life in the trenches and a conflict that was going on with the Germans when the latter set fire to a wood ,

‘Somebody yelled the wood is on fire – the trenches ran in and out of the trees in the wood – what followed was a most terrifying ordeal we all thought the Huns were going to burn us out.’

He describes the trenches as being infested with bluebottles, mice and rats, and that going to bed meant laying down in his clothes on the hard earth and covering himself with a coat.

After a short leave on October 19th, Charles once again returned to France to rejoin his battalion in the trenches on the 25th October. On November 11th, while inspecting a broken down trench which was not far from the enemy lines, he was shot through the head. He died the next day and was buried the same afternoon by the chaplain in the Edward Road Cemetery, Richebourge.

‘I laid your dear lad to rest at 1pm in a soldiers cemetery just outside the battalion headquarters. We prayed for the loved ones far away and that you might be strengthened to bear your sorrow and that you might know the certainty of the resurrection message. It is so real out here, I cannot explain, but it seems absolutely convincing…A plain white wooden cross like we have over all our  brigade marks the spot…’ For Charles parents who were of the Methodist Faith  and attended the Bridge Street Methodist Church in Mansfield, this message would have been helpful to receive.

LETTER FROM CHARLES TO HIS MOTHER

Charles who was also said to have a ‘quiet and deep religious vein’ loved his country and was obviously prepared for the fact he might die by leaving a letter for his mother, it was possibly written when he was last home on leave as the address bears the families address in Mansfield:-

In July 1916 John Plowright Houfton presented a motor ambulance in memory of his son to the British Red Cross Society. The ambulance was built by Starey’s Ltd. of Nottingham. On the side of the ambulance were the words:

He is also commemorated:-

On the Cenotaph in Yeomans Park, Mansfield Woodhouse, Notts.

Information for this article has been sourced from:-

Leys School Cambridge who have also suggested the following link

www.roll-of-honour.com/Cambridgehire/CambridgeLeysSchool . Under the photograph of the memorial you will find the link to his biography by John Harding