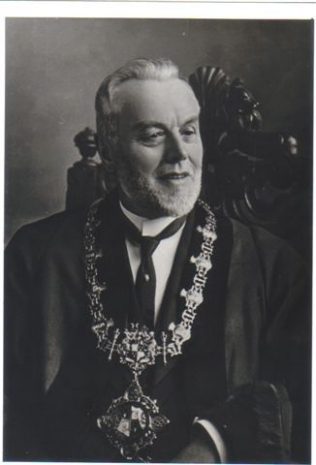 John Crampton was made the 12th mayor of Mansfield in 1902 he was the well known founder of the firm of Estate Agents and Auctioneers of Crampton, Son and Clements, later known as Crampton Sooby an Eastgate.

John was born in 1840 in Upton near Southwell. He was elected to the council in 1891 the year of the charter of Incorporation which gave Mansfield the status of Borough.

In his early years he was one of the pioneers of Methodism and for 59 years he served as a Wesleyan Methodist preacher on the Mansfield Circuit.

John Crampton and his wife had 11 children and he died in 1924. There are no more Cramptons left in Mansfield, if there are Iwould love to hear from them as I am John’s great Granddaughter and the eldest son of each generation after him have become Surveyors.