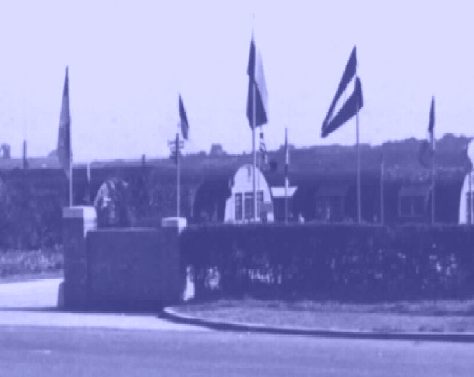 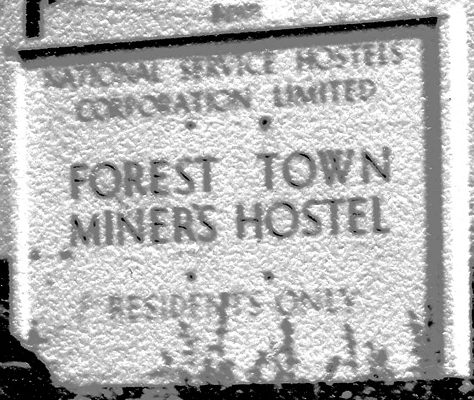 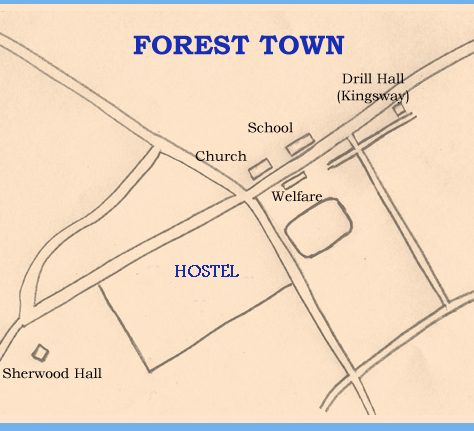 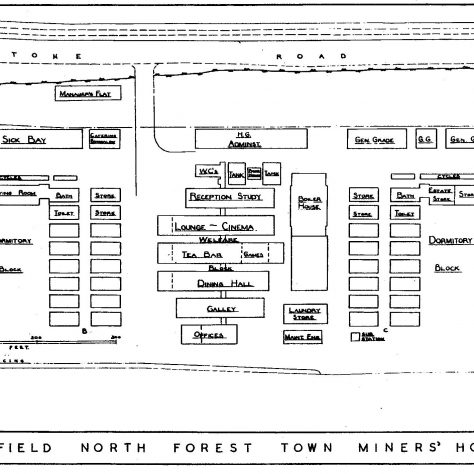 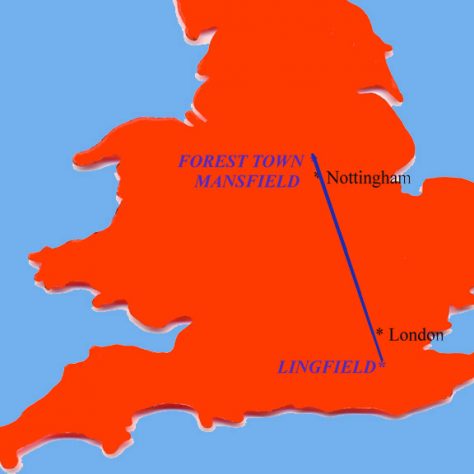 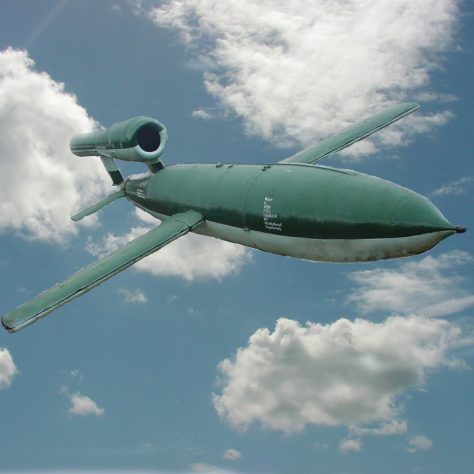 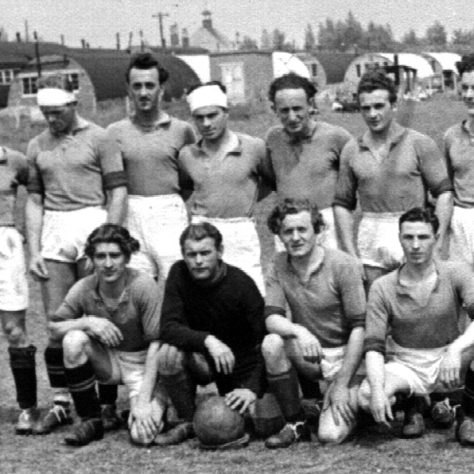 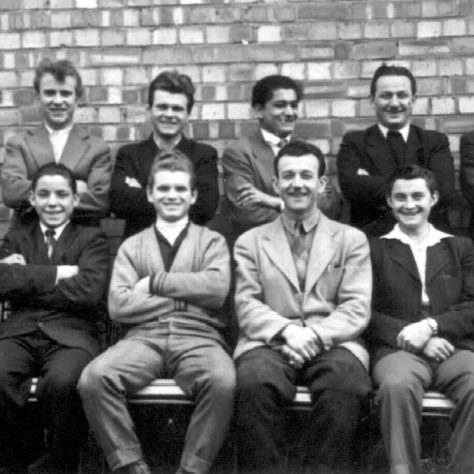 A happy group of Hungarians
By Janos (John) Nugi 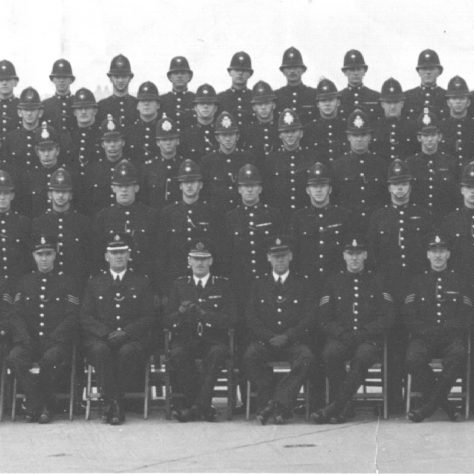 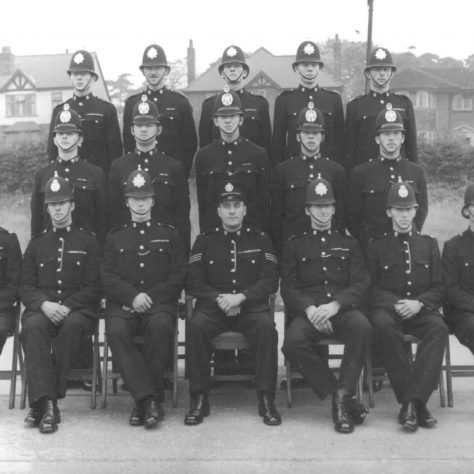 A Class of 1947 (Note the houses on Clipstone Road behind) 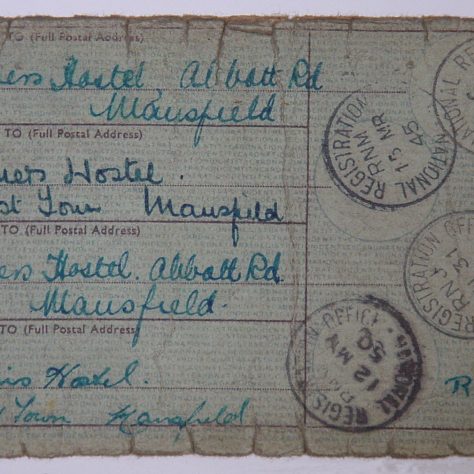 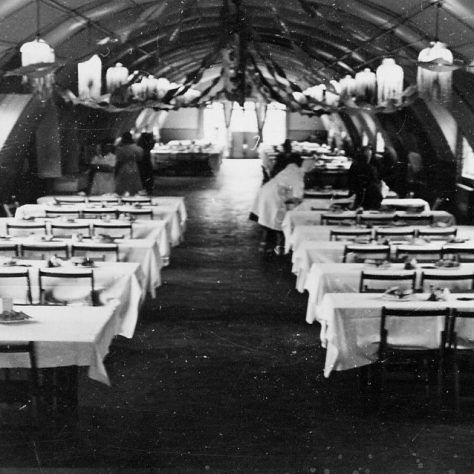 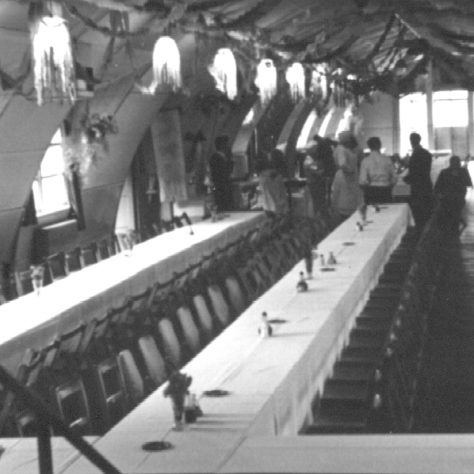 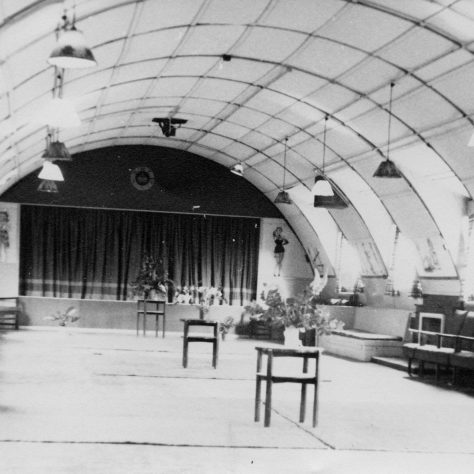 The Hall for Dances and other events
Julian Olexiuk 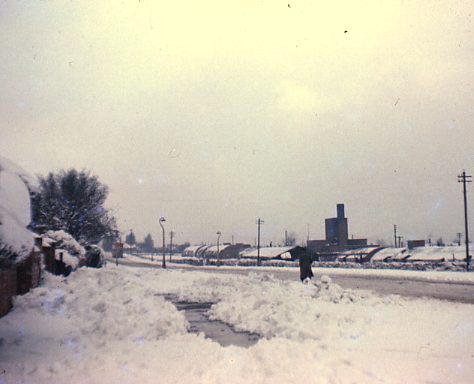 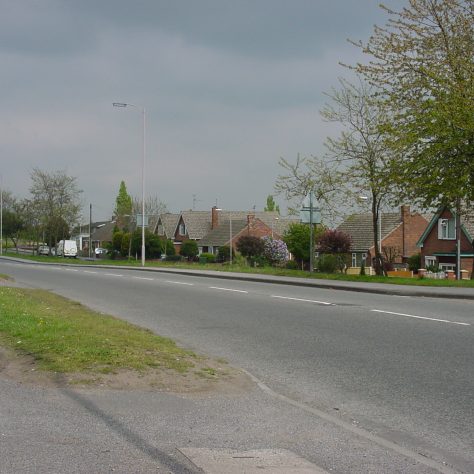 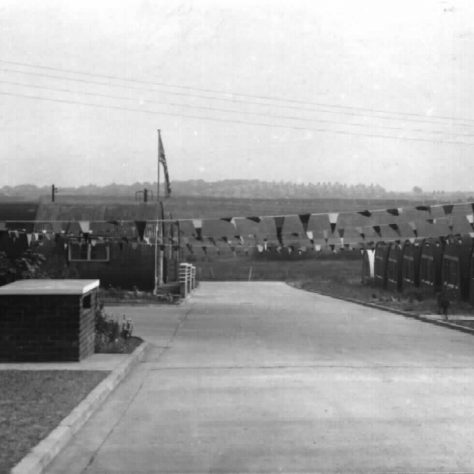 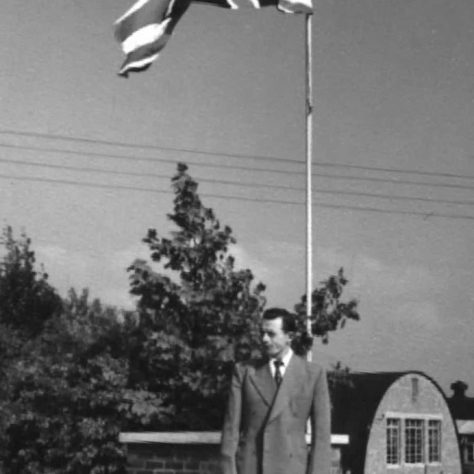 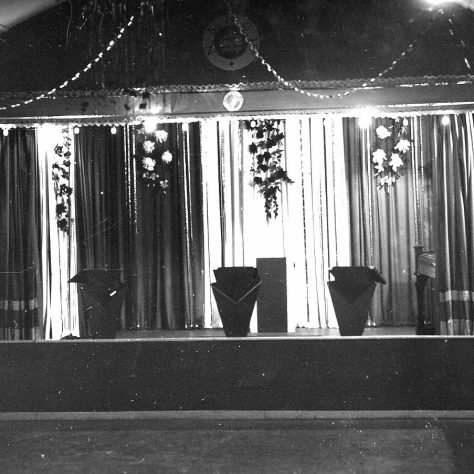 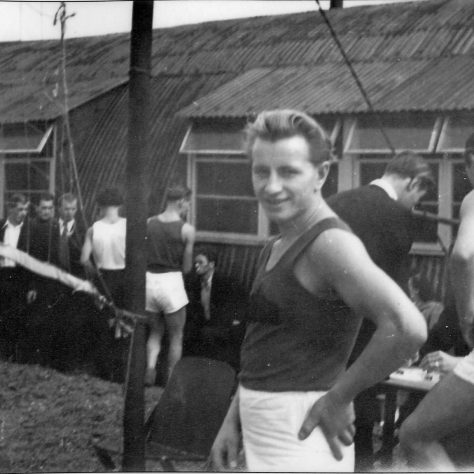 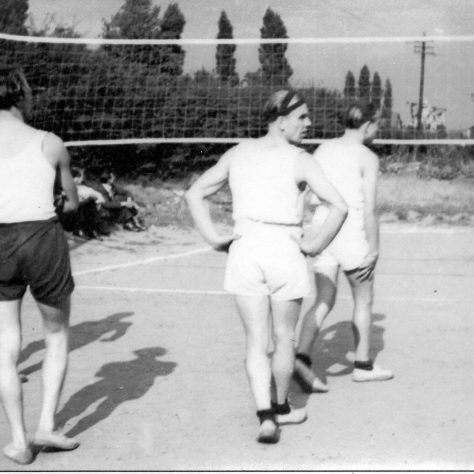 In the Second World War the government became aware that the output from coal mines were falling short of the country’s need to maintain our war effort. There were two main reasons for this.

The solution to overcome this shortage was to divert enlisted men to the coal mines as suggested by Ernest Bevin, the Minister for Labour. These recruits were thus given the name of ‘Bevin Boys’ and like their military counterparts had to be provided with accommodation.

The domestic billets provided were not adequate and two Bevin Boy Hostels were built in Mansfield each designed to accommodate 500 people, one at Abbot Road, and the other at Forest Town. Here we briefly cover the life of only one Hostel.

Nationally the government had over provided the Bevin Boy Hostel facilities throughout the country. Hence for the fifteen years life of the Forest Town Hostel it served other national needs, not just those of the Bevin Boys.

In August, the Bevin Boys moved out to provide accommodation for Epileptic children and their staff from Lingfield Residential Epileptic Colony in Surrey.
With less than two days notice 150 boys, (plus necessary equipment) travelled by coach, ambulance, and lorry to Forest Town, two days later 85 girls followed, there was also 45 staff with them.

The Lingfield Colony was in the flight path of the V1 Rockets (Doodlebug Flying Bomb). In June 1944 one bomb fell on the Lingfield Colony causing vast destruction to three girls homes and hospital block injuring 60 girls. Ten weeks later two of the boy’s homes were hit by another bomb making the running of the school virtually impossible. This instigated the short notice move to Forest Town Hostel.

Despite being called No 3 it was the first to be opened in the country and accommodated Police Trainees from:

1947 – No 3 Police Training Centre moved to new Headquarters at the former American Hospital at Sutton in Ashfield (Kings Mill Hospital).

Bevin Boys returned along with many European displaced persons. As after the war ended our government recruited many East European ex-military personnel (Polish) and displaced persons (Latvian, Ukrainians, Italians), and also some Irish, came to Britain to work in the coal mines or work in the Hostel. Each had their own story to tell!

1948 – It was not until 1948 that the Bevin Boys were given permission to leave the coal mine and return home, there was no formal Demobilisation. By this time several of them had married local girls and decided to stay in Mansfield.

1956 – Following the Hungarian Uprising many refugees were accommodated at the Hostel. Many arrived with just the clothes they had on, and for some, the only footwear they had were carpet slippers.

The council then used the land to build the housing estate along with the Police Station, Library and Health Centre.

These changes of use meant there was a lot of Bevin Boys movement between the Forest Town and Abbot Road Hostels, as shown by one of the Bevin Boys Identity Card.

Other Photographs of the Forest Town Hostel