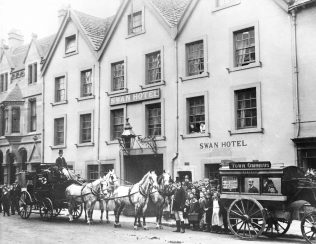 zoom
c.1910 The coach and four took tourists into Sherwood Forest and other nearby attractions such as Newstead Abbey, while the town omnibus met the trains at the Midland Station.
Old Mansfield Society 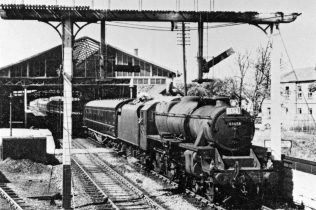 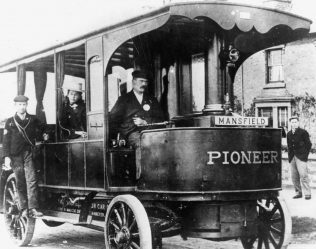 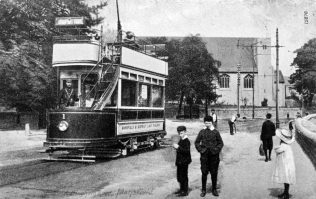 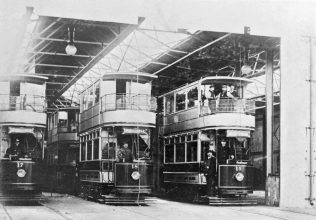 zoom
Trams in their garage on Sutton Road. 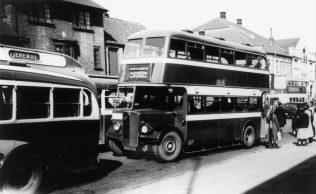 zoom
The omnibus replaced the trams in 1932.

The earliest form of transport was horse drawn: stage-coaches for passengers, carts for goods. The Swan Inn was the principal staging post for stage-coaches, where passengers could rely on a daily service to London, Leeds, Sheffield, Nottingham, Newark, Gainsborough and Manchester. Carriers generally provided a weekly service to places such as Bilsthorpe, Ollerton, Newark, Worksop and York, and from a variety of inns, such as the Eclipse, the Durham Ox, the Nag’s Head, although there were daily schedules to London, Nottingham and Sheffield provided by Pickford & Co. in the 1820s.

A novel form of horse-drawn transport appeared in 1819, with the opening of the Mansfield to Pinxton railway. This horse-drawn railway provided a link to the Cromford canal and the Derbyshire coalfields. Coal, indeed, was one of the main goods imported into Mansfield on the railway, and a coal fire was ceremoniously lit in the Market Place in Mansfield to celebrate the opening of the railway. One of the main goods carried out of Mansfield on the railway, and, via the canal system, to other parts of the country, was stone from the limestone quarries in the area. Indeed, part of the Houses of Parliament were built with limestone from quarries in Mansfield Woodhouse.

In 1849 this railway was taken over by the Midland Railway Co. Ltd., upgraded, and converted for use by steam trains. The railway viaduct through the centre of Mansfield was built around 1870, with the through connection to Worksop being opened a few years later. Two more railway lines opened in the following years; the Southwell line, also owned by the Midland Railway; and the Mansfield Railway, opened primarily for the benefit of the local collieries owned by the Bolsover Colliery Co. Ltd., and which was later run by the Great Central Railway Co.Ltd. All three lines were closed in the 1950s and 60s to leave Mansfield as one of the largest towns in the country without a railway connection. In the 1990s, however, the Robin Hood line between Nottingham and Worksop was opened, utilising much of the old Midland railway line, including, in Mansfield, part of the old Midland railway station.

After the introduction of steam trains, the next form of mechanical public transport was less successful. This was the steam powered omnibus, the Pioneer, which made a fitful appearance for a few months in 1898. Steam power on railway lines was one thing, steam power on solid rubber tyres on unmade roads was something else. The tyres kept coming off the wheels, even after they tried fixing them on with leather straps.

A few years later however, in 1905, a much more successful form of motorised passenger road transport was introduced – the trams. These ran on five different routes radiating out from the Market Place: to Pleasley, to Mansfield Woodhouse, to Crown Farm, to High Oakham, and to Sutton and Huthwaite. Plans were drawn up to open a route to Forest Town and Clipstone, but these never achieved fruition. The trams ran until 1932, when they were replaced by buses. One reminder of the glory days of the trams remains, however, and that is the tram sheds on Sutton Road, now used as garages for the buses which replaced them.