You are here: HomenextTopicsnextBusinessnextShops and RetailnextFour Seasons Shopping Centre at Forty Years Old 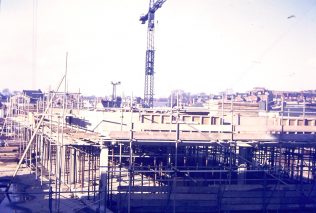 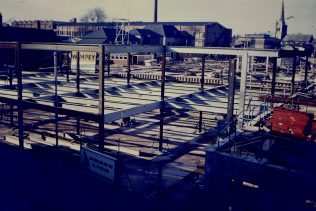 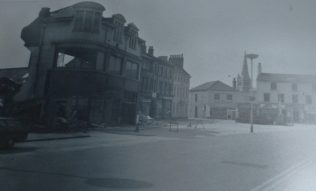 With the Four Seasons Shopping centre celebrating its forty years in Mansfield these two pictures taken by myself in the early ’70s depicts the construction taking place .

Both photographs shows others buildings in and around the area one being the old Harwood Cash Mills now called the Rosemary Centre, this view shows  how much area was given to built such a complex for the people of Mansfield .

My other photograph is of a building which was part of Westgate just past the old Granada cinema when became also part of the Westgate entrance to the now Four Seasons Shopping Centre, just can’t bring to mind who occupied this building but maybe your readers can bring to mind from all those years ago .

Do hope the photographs bring back memories to the people Mansfield from all those years ago.