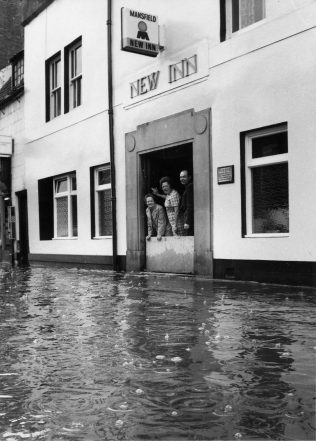 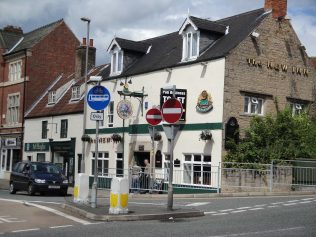 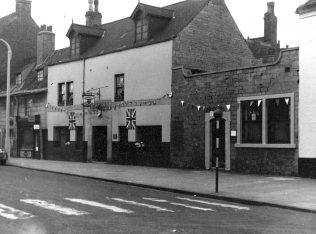 While the date of the flood is unknown we do know that Bill and Kath Wright were the Landlord and Landlady at that time. They are believed to have been at the New Inn during the 1960’s until 1978. Kath is the lady in the middle of the doorway. Mr Smith had the sweet shop on the left of the pub and it is recalled that crisp were floating in the floodwater.

This photo showing the New Inn with festive flags which may have been for a royal visit during the 1970’s.

Note the Pub Sign is different on each photograph.