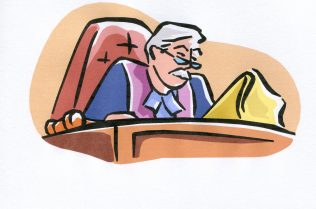 This story discovered in Nottingham Evening Post 2 June 1927 reveals how national and local events can affect a business. It also reveals Mr Hogg must have had some very good friends!

‘George Edward Hogg of 74 Blake Street, Mansfield Woodhouse, related to the Offical Reciever (Mr L A West) at the Nottingham Bankruptcy Court today, his experiences as a cinema proprieter.

The debtor aged 54, said he began life as a wheel wright and then after a period in the pits, he took over a large workshop in Station Street, Mansfield Woodhouse, and borrowing £60 from friends converted it into a cinema. This was in 1912, and until the war the business was satisfactory. In 1916 he left his wife and family in charge of the cinema while he went to work on munitions. In 1920 the local authorities condemned the premises as unsuitable for a cinema and he had so spend about £2,000 in making structural alterations, of which £1,000 was borrowed from friends. The coal strikes of 1921 and 1926 caused business to fall away, and he filed his petition after an execution had been issued. His total deficiency was £1.721 17s 6d. The examination was closed.’