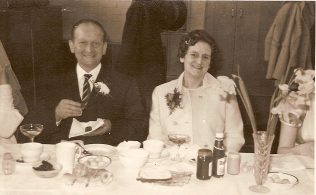 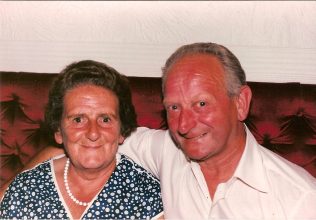 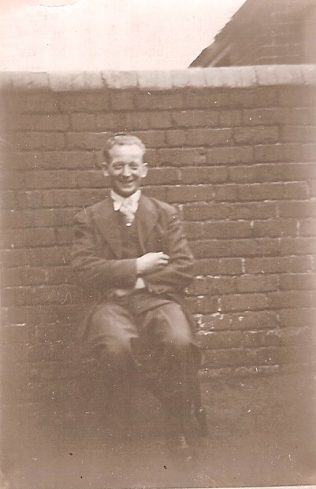 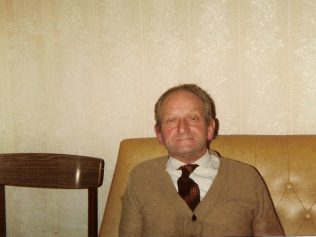 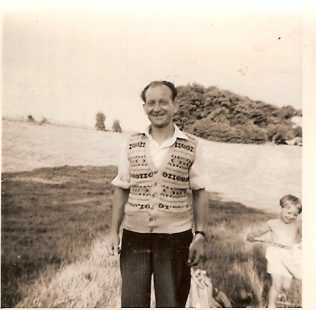 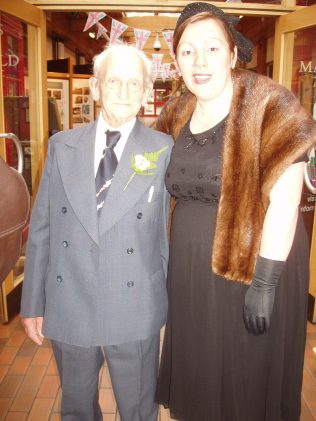 I was born in the village of Skegby, Sutton in Ashfield, Nottinghamshire during the miner’s strike of 1921 the sixth child of seven children; I had 3 sisters and 3 brothers. My father was a coal miner at Sherwood colliery Mansfield Woodhouse and used to cycle to work when the weather permitted, but when it was bad he used the “trams” which he caught at “Easfield Side” Sutton, and alighted at Yorke Street, Mansfield Woodhouse. I remember my older sisters taking me to the “fair” at Hardwick, close to the famous hall, no buses in those days you went by Shank’s pony (walking).

The slower pace of life

Everything in those days moved by steam train (even Skegby had its own station), by trams, or horsepower. There were plenty of cycles, motor cycles, very few cars owned unless you were very affluent, a few lorries were powered by a steam boiler which was fed by wood or coal, and also the steam traction engines which moved the fairs from place to place, worked the steam organs providing such melodic tunes, and generated the beautiful coloured lighting. As a tot I watched the Churches and Chapels march past the end of our street on the Whitsuntide parade, with the banners flying and the gaily decorated horse drawn drays, and everybody wore brand new clothes which was the custom at Whitsun. The ice cream man came round pushing a barrow with crushed ice packed round the churns of ice cream to stop it melting, no chimes then, just a whistle to let you know that he was around. Hawkers came with their horse drawn carts on the street selling fruit and veg and wild rabbits, some walked round with large wicker baskets selling eggs door to door. My Mother used to brew herb beer, dandelion and burdock and sarsaparilla drinks and her best customers came from a Gypsy encampment nearby.

I was christened at St. Andrews Church Skegby, and attended the Church School at the age of 4 years and 6 months, to begin to learn the alphabet from a “roller blind” on which were pictures and letters to which Teacher pointed, and you repeated parrot fashion: “A” is for “apple” and so on, until you knew it by heart. You learned to count by moving beads across on a wire Abacus and when proficient moved onto the two times table which you also repeated parrot fashion, no pens, pencils, rubbers or exercise books at that time, just a small blackboard a piece of chalk to do your sums on the board, a cloth duster to wipe the board clean, and then start all over again.

I was still living in Skegby in 1926 when the second coal miners strike began and father was on strike, times were hard then with no money to spend, remember there was no social security in those days and people depended on the soup kitchens provide d b y charity organizations. The “Cooperative Society” allowed its customers to run up large debts to stave off hunger, but the grown ups starved to make sure the children did not suffer to much, I remember attending the soup kitchen set up outside the “Greyhound pub”, we queued up to receive a bowl of pea soup and a cream bun for afters, we were so grateful we can never forget those days, and our parents still had all those debts to repay when the strike was over.

The move to Woodhouse

After the strike finished towards the end of 1926, and the miners returned to work, father heard of a house to rent in “Sherwood Street” Mansfield Woodhouse, and so we moved to “woodhus” as you say, while the furniture was unloaded from the horse drawn van I noticed these strange iron rails running along the street when I suddenly heard a thundering clanging sound and I saw the first tram in my life, and I ran off the street to the backyard of the house terrified and trembling with fear. Soon all the belongings were in the house but not yet in place, in the meantime a coal fire had been made and a welcome cup of tea mashed, a rest was in order and a meal break was taken. No time for a cooked meal yet, but “Granny Alsopp’s” shop was right next door, bread, butter, milk, sugar, cheese and red pickled cabbage was purchased and we all set down for the first meal in our new home. It was a 3 bedroom terraced house with a small backyard, containing a coalhouse, pan toilet and dustbin shed with room for a wheelbarrow, everyone needed a barrow to get in the coal (which was tipped on the street to the coalhouse at the back).

Lighting was from gas lamps hung from the ceiling with chains to turn on and off and a gauze mantle, which gave a brilliant light when adjusted properly. The master bedroom had two gas brackets fixed to the chimney breast which could be swung round in a half circle, no mantle could be fitted to enhance the lighting you turned the gas on, lit the flame and adjusted it by means of the gas tap, this gave both light and heat to the room, The bedrooms remaining were lit by candles, which you blew out before getting in bed in the dark, there were always arguments who was to blow out the candle. We also had a cold water pipe in the scullery, which also had a boiling copper in one corner with a brick chimney to remove the smoke from the coal fire below the iron copper.

All the cooking was done in the living kitchen on a coal fired cooking range which contained an oven one side of the fire and a water boiler the other side, the water boiler was filled through a flap door at the top and had to be ladled out that way when hot enough, but we were lucky we had a brass tap to empty it. All the cooking, roasting, baking etc had to be done in that oven; although we had gas there was no gas cookers then.

No bathrooms either at that time, if you had a wash from head to waist, you did it in the sink in the scullery, but a complete bath took place in the living kitchen in a zinc tin bath in front of the coal fire at nigh time, children in first and straight to bed, grown ups last for privacy, the tin bath was stored outside the back door hanging on a large nail. No water closets then, although water was piped to the scullery, it was not feasible to take it to the pan lavatory as there were no sewage pipes, the pans were emptied by a team of men with horses and carts at night time, who emptied the pans into the carts, scraped out what remained with a stick, and disinfected them with raw lime, they were known as night soil men.

All the rooms including bedrooms had fireplaces fitted, so they could be heated if needed to be in case of illness or confinement (all babies were born at home with the local midwife in attendance, and a doctor was called if necessary). I remember our midwife was called Mrs Smalley who was a jolly plump lady who loved all children she came in contact with, and raised a large family herself, they only lived round the corner in Cross street. When people died in those days it was mainly at home, a doctor would be called to the home to certify the death, our local doctor was doctor Palmer who was a “Quaker” assisted by doctor Preston who later took over the surgery which was at “Burnaby House” Church Street. There were ladies who came to “lay out” the body, they washed the body, positioned the limbs, dressed the body and closed the eyes and placed the large pennies that were in circulation at the time to keep them closed until “rigor mortis” set in. The body stayed in the home in a coffin made by the local undertaker and stood in the front room on trestles with the house blinds closed until the day of the funeral which was usually within 3 days of the death, there were no embalming of the bodies to preserve them for longer periods and no “chapels of rest” to take them to, but there was a building known as a “mortuary” to which bodies were taken in case of suspicious circumstances like drowning, murder, etc and a post mortem was carried out to establish the cause of death usually by a police surgeon. I remember one on Station Street Mansfield near the old cottages, which was demolished along with the cottages when the area was developed, it was replaced by one at “Lime Tree Place” near the “Gasometers” which provided all the area gas in the coking ovens and its residue the coke was sold off for furnaces, blacksmith forges, and heating stoves, it burnt rapidly and gave off powerful heat. The mortuary was later in the General Hospital at West Hill Drive and when that closed at the newer hospital at “Kings Mill” Sutton In Ashfield, which ha d b een built by the Americans during world war two to hospitalise their casualties from the war. When a funeral took place in those days all the neighbours kept their blinds closed as a mark of respect and lined up on the street to see the deceased leave on his or her last journey in a hearse drawn by two black horses with the undertaker walking in front ad the mourners walking behind, to the Church or Chapel and from there to the burial at the local cemetery, which at that time was on Welbeck Road.