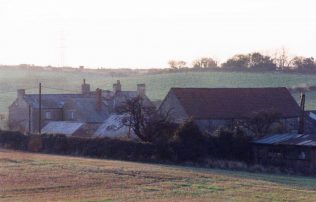 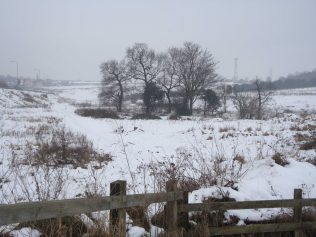 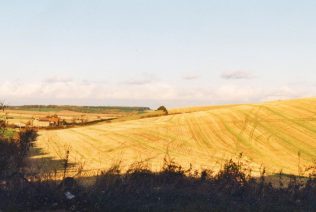 zoom
View from Old Mill Lane 9th Novemebr 1991, Rushpool Farm can be seen in the valley on the left hand side of the photo
P Marples

For nigh on 160 years anyone travelling down Old Mill Lane towards Mansfield Woodhouse would have seen the buildings of Rushpool Farm nestled among the fields on the right.

From 1853 Edward Clark was known to have farmed there. In 1861 when the census was taken he was living there with his elderly mother and three servants, and he was still farming at Rushpool in 1871.

Ten years later the farm had a new tenant, 55 year old widow Martha Vanes who is recorded on the census returns as the farmer. Martha was living at Rushpool with her son William, daughters Hannah, Emily and Lucy, and her sister Ann Clayton. She also employed three men to help on the farm.

Over the next few years, the tenancy of the farm changed a number of times, with George Bennett (1885 & 1888), Frederick William Ibbotson (1891) and John Wilson (1894) all known to have resided there. By 1904, the Watkinson family had moved in to farm Rushpool.

Living at the farm on the night the 1911 census was taken were :- Walter Watkinson (farmer), Samuel Watkinson (farmer), Mary Riley (house keeper), Lawrence  Hetter  (servant boy), Percy Woodville Phillips a boarder whose occupation is given as mining student.

In 1913 when the land tax was taken, Rushpool Farm was described as being built of stone and slate, it had six bedrooms, three rooms, kitchen, two dairy’s, a wash house, cellars, flagged yard with a building for coal, an earth closet and ash shed. The building around the farm were listed as a stable, barn, granary, crew yard, pig sty’s etc.

The Watkinson family were still named as the tenants in 1947 when Rushpool Farm was sold by the Welbeck Estates Company. The sale catalogue describes the house as now having three sitting rooms, kitchen and back kitchen, cellar, five bedrooms and a bathroom.

The next known owner was Joan Blythe who purchased the farm in her name in 1956. Joan was at that time married to John Blythe, they had two children Jacqueline & Christine. The farm had 100acres and was managed by Bert ?, he also managed the Blythes other farm of 1,600 acres. John Blythe at one time had a haulage business which was taken over by Roy Bowring.

Joan and John’s marriage broke up and they were divorced in 1960. Joan kept her ownership of Rushpool Farm but allowed John and his second wife Sheila to live there, they had a daughter Karen.

In 1989 tragedy struck the  family when John and his daughter Karen were shifting metal irrigation pipes, an overhead cable was touched and they were killed. (source oral history). Sheila died the same year.

Joan Blythe sold the farm to Roy Bowring in the 1990’s. He eventually sold it as building land.

In the mid 1990’s the farm fields became the site of much development. A new road was cut through from Old Mill Lane to New Mill Lane and the building of Asda superstore took place.

Today [2010] a clump of trees are all that remain of the large farm which was once owned by the Duke of Portland, and tenanted by many people. The building that was once a landmark to the people of Mansfield Woodhouse and Forest Town is now just another example of our local heritage that has gone forever.