You are here: HomenextTopicsnextReligionnextThe Quakers In Mansfield

The Quakers In Mansfield 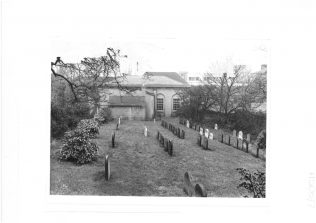 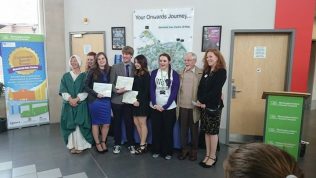 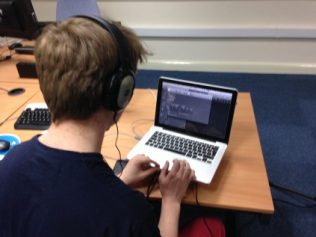 Not many realise that the Nottinghamshire town of Mansfield is the birthplace of the Quaker religion. The site of Mansfield’s new bus station is located on the site of where the Old Quaker Meeting House and burial ground once stood.

Emerging out of the religious and social turmoil of the Civil War years, the Quakers played a prominent role in the history of Mansfield from the 1640’s onwards.  George Fox, the founder of the Quaker Movement, lived as a shoemaker in Mansfield and began to form his first ideas about the religion whilst walking past St Peter and St Paul’s Church in 1647.

Prominent Mansfield Quaker families include Barringer, Wallis and Manners, the owners of the Metal Box Factory.  There are many places of interest throughout the town linked to these Quaker families and the Quaker religion.  Therefore it seemed fitting to install a memorial plaque to the Quakers once buried on the site of the new bus station and to develop a heritage trail to engage people with this hidden history of the Quakers in Mansfield.

Nottinghamshire County Council funded a memorial plaque to the Mansfield Quakers within the new bus station.

At the same time, Nottinghamshire County Council provided the opportunity for Second Year Theology students from the University of Nottingham to contribute to the creation of an audio trail and accompanying leaflet about the history of the Quaker movement in Mansfield.

The students spent an average of 2-3 hours a week carrying out research into the links between the Quaker movement and specific locations in the town and were supported in writing and recording of audio material for the trail. This involved two trips to Mansfield to learn more about the town and its Quaker heritage.

The project was supported by the Mansfield Local Studies Library and Ralph Holt, a local historian who has knowledge of the subject. The Mansfield Quakers themselves, who have also supported the project, still meet within the town and are now known as the Religious Society of Friends.

The Nottingham University Community Partnerships team supported the project by hosting meetings and recording sessions and through an introductory talk on the Quaker movement by Associate Professor in the History of Modern Christianity, Frances Knight.

The result of this project will be the installation of a memorial plaque to the Quakers once buried on the site of the new Mansfield Bus station between the 1770s and 1950s and the creation of an audio trail an accompanying leaflet.

The can be downloaded at www.nottinghamshire.gov.uk/quakers-heritage-trail

To find out more about the Quaker Heritage Trail please contact: