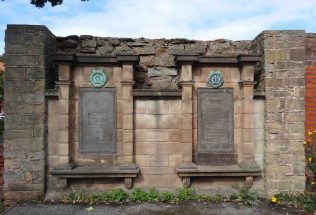 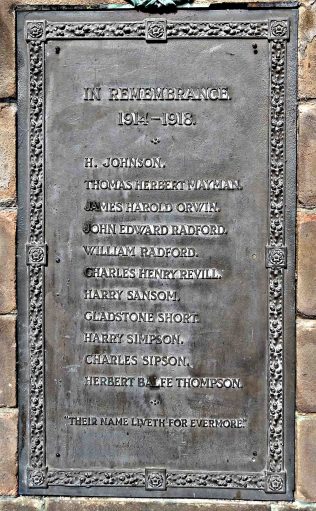 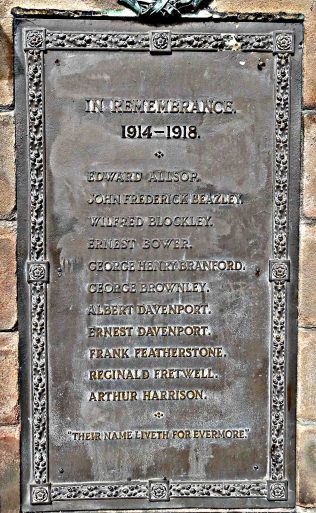 The Old Meeting House, in Mansfield can be accessed from Stockwell Gate it is now over three hundred years old and is the oldest nonconformist building in Nottinghamshire that is still being used for its original purpose.

During the First World War ninety five members of the congregation joined the forces, sadly twenty two of them lost their lives. Their names are recorded on two panels set in a wall in the grounds of the Old Meeting House. They are also recorded inside the building.

The twenty two men have not been forgotten and this year (2014), some members of the congregation will be visiting the place where each man is known to be buried or commemorated and placing a poppy cross there. The crosses will have an appropriate inscription to say they are from the congregation of the Old Meeting House Mansfield.

Nine burial/memorial sites in Belgium and ten in France will be visited. These are relevant to nineteen of the names on the Old Meeting House memorials, of the three remaining names, one is in Mansfield Cemetery and one Bagdad Cemetery, however one name” H. Johnson” remains elusive. The church members are having difficulty in tracing where he is resting or commemorated.

Was ” H. Johnson” a member of your family or known to you? Can you help solve this mystery?

If you are related to any of the men on the Old Meeting House memorials we would like to know so that you can be invited to a memorial service later in the year.

Information can be sent to heritage.foresttown@ntlworld .com or by visiting one of the regular coffee mornings held at the church.