You are here: HomenextTopicsnextHealthnextHarlow Wood Orthopaedic HospitalnextMy Years As An Orthopaedic Nurse

My Years As An Orthopaedic Nurse 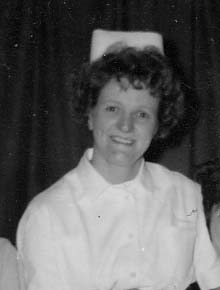 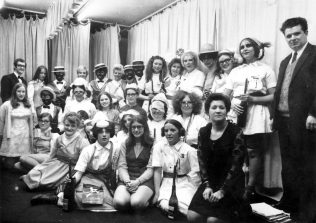 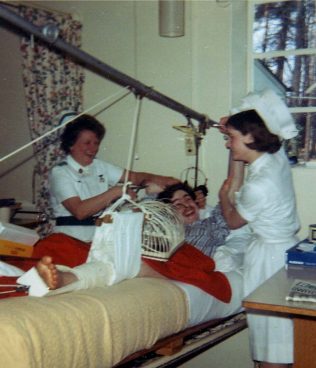 zoom
Teaching a student to put traction on
Private Collection

I commenced my orthopaedic nursing training in 1963 at Harlow Wood Hospital having completed my general nursing.  I remember we were given our uniform of a cape, navy cardigan and a butterfly hat which was designed by the Duchess of Portland.  We had to wear black stockings and brown shoes.  Miss Smith was our theory tutor and Miss Clark was the practical tutor.  It was a deep and intensive course being in school for six weeks then allocated to the wards and theatre.  I remember as a student seeing the first Charnley hip replacement performed by Mr. Chapple.

After doing our final exams we had to wait six weeks for our results, and the big day was quite special because we could invite our family along to the presentation. We received a certificate and a Harlow Wood badge and many dignitaries were there and afterwards we had a party to celebrate.

We were highly disciplined, your uniform had to be immaculate, no hair out of place, shoes well cleaned.  Woe betide you when Miss Turk, the assistant matron, did her ward round especially if she caught you having a cup of tea.  Miss Custerton was the matron.  We had a salary of £18 per month and students living in the nurses home had to pay so much for that accommodation.   In the dining room only the nursing staff were allowed in, no ancillary staff and the tables were allocated to the different grades, the students sat at the last table.  When the matron came into the dining room we all had to stand up even if we were in the middle of eating our dinner.  If she decided to have a chat we still could not sit until she sat down, so very often we ate a cold meal.  This meal was classed as part of our wages.

We had quite a social life. There was a Matron’s Ball at Christmas for nursing staff only, but you were allowed to invite one person, it was a wonderful occasion.  At Christmas the consultants came down to the wards to carve the turkeys.  All trained staff had to be on duty, you were not allowed to be off Christmas or Boxing Day.  The students and doctors always put on our own pantomime, and they were very successful.  We celebrated bonfire nights and I remember we organised a tramp supper, everyone dressing up as tramps with a prize for the best performance. We had a good Social Club.  We had a hockey team, cycles were bought and there was tennis, football, pool etc.  Parties and dances were organised.  I remember one New Year’s eve Hogmanay we had Scottish doctors who piped the haggis in.  Church services were held every Sunday.

We had a building which was called the Alan Malkin House which was named after an orthopaedic consultant where nurses could entertain family and friends.  We could cook a meal and we had many parties in there.  It was immaculately kept, and I was sad to see it eventually pulled down.

I worked on the male Ward 9 for many years and helped to train new students in practical and theory.  They always showed their appreciation, and still do as they have gone further up the ladder in the nursing field.

My last seven years were spent in the theatre where brilliant and often pioneering work was performed.   I enjoyed my days at Harlow Wood and was very sorry to see it go.