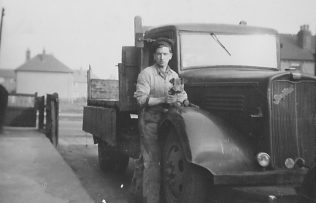 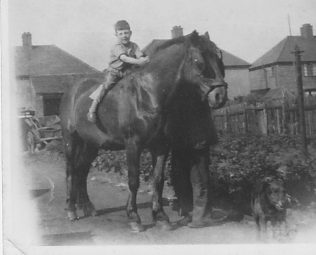 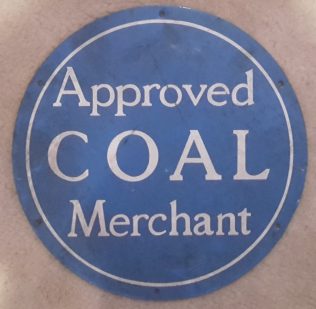 John Arthur Allcock (who was always known as Arthur) was born in 1899 the son of John Henry Allcock, blacksmith, at Upper Pleasley Derbyshire.

Having worked initially at Pleasley Colliery and later Bilsthorpe Colliery he founded what was to become J A Alcock & Son Coal Merchants in December 1938 when he rented a house, yard and stables on Southwell Road and with a horse and cart he and his wife Doris traded as J A & D Alcock coal merchants

In today’s parlance their ‘unique selling point’ was that they were apparently the first coal merchants in the Mansfield area who would supply 1 cwt of coal delivered directly into the coal house or cellar, and sometimes directly to the side of the fire. Prior to this the minimum delivery was ½ ton (10 cwts) tipped in the street with an extra charge to “get it in”.

Around 1953 the name became J  A Alcock & Son when Arthur’s youngest son Albert joined the company on his ‘coming of age’, in reality he had been working for his parents for a number of years.

Albert continued the coal business until his retirement when the coal merchants business became part of NFL, now CPL, on the Crown Farm Industrial Estate.

As with many others of the time John Arthur also carried on other businesses such as, haulage contractor, hackney carriage hire (taxis), wedding and funeral cars and he had an interest in Ringway Haulage Manchester with his son-in- law Norman Llewellyn.

During the period of time the business was run by Arthur’s son Albert they were also involved with general haulage, were a licenced waste carrier, machinery movers, goods vehicle maintenance, vehicle body building, etc. and were apparently quite adept at moving grand pianos

J. A. Alcock & Son continues in business today and is now run by Arthur’s great grandson Ross Alcock but no longer as coal merchants or haulage contractors.

Other local coal merchants of the time I remember are;

There were two other, unconnected, Armstrong transport companies in Mansfield at the time although I don’t think either were coal merchants, they were both removal companies.

Ted & Eddie Brown. Their yard was on Mount Pleasant off Westfield Lane

His yard was on Prospect Street off Broxtowe Drive,

Walter Crowder. They are still on Bowling Street and are still trading as coal merchants

His yard was at the Sherwood Hall, Forest Town

He later ran proper coaches and I believe the business continues as part of Johnson Brothers Travel in Mansfield Woodhouse.

His yard was at Rainworth adjacent to Ivy Cottage now part of the Co-op.

His yard was later home to Red Fern Coaches not to be confused with Wilf Redfern’s above.

His yard was either on Skegby Lane or in Skegby, I forget which.

Marjorie Whittaker. Her yard was at Blidworth

Their yard was in the Midland Railway Goods Yard on Wharf Road which has now disappeared under the Portland Retail Park.

I think some of their coal came by rail, I recall going, with my father, to collect what I think was Welsh anthracite for a customer which was obviously not available from the local collieries.

I also have a recollection as a child going with my father to the Great Central Railway Goods Yard on Baums Lane and loading coal directly from the railway wagons but I don’t know why.