You are here: HomenextTopicsnextBusinessnextLanders Bakery 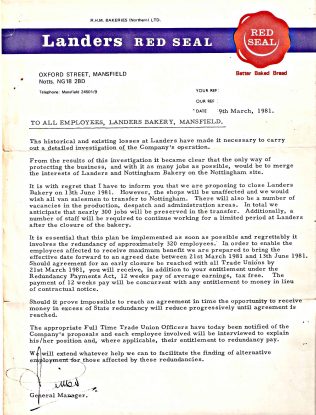 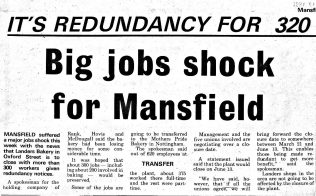 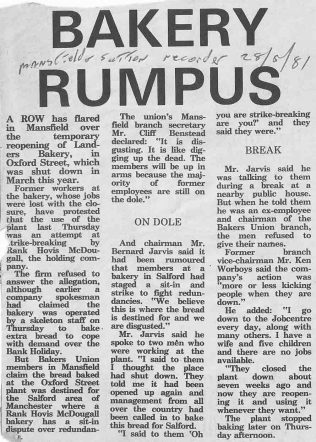 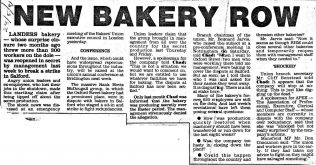 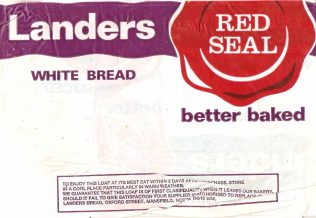 I have many memories of Landers having worked there for many years.

The workforce at Landers were magnificent despite all the industrial disputes of the 70’s, and the changing management. The remaining original Landers employees always had a good memory of the Landers family (different to Blanchards where the family were universally disliked).

I believe Landers was bought in 1949 by W.J.Brookes and Sons Ltd of Skerton Road, Manchester because according to the wdbv (written down book value)books, Leeming Street shop and Kirkby shop were transferred in 1949, and Landers were paid £75,000  for the bakery and business, (a lot of money then). Blanchards were in the running but failed to buy, that would have meant the end of Landers then because they only wanted bakeries to fill their plants.

Blanchards succeeded in buying Browns Bakery (at the time of a similar size to Landers) on Chesterfield Road and closed it down. Ranks (became RHM) were also in the area and bought Wileys (I think that was the name) Bakery in Mansfield Woodhouse at the side of the police station and when W.J.Brookes and Sons were taken over by Ranks the Bakery in Woodhouse became a production unit for Landers Bakery and it produced the celebration cakes and the crusty (Vienna) breads. When Landers closed the confectionery, production manager Fred Harrison who had started work in the Woodhouse Bakery as a boy was still working at Landers

When the Four Seasons Shopping Centre opened [1977] Landers provided a massive cake showing the Four Seasons. It was so big it was delivered on, I think, two or three pallets. It was repaired, as the icing cracked during transport in the centre. I was one of the people detailed to stand guard over it to stop the kids sticking their fingers in it. The Chad came and took photos.

On 9th March 1981 Employees were sent a letter informing them it was proposed to close Landers Bakery on 13th June 1981.

Headlines appeared in the Mansfield Newspapers ‘Redundancy For 320 Workers’

An article appeared in the Union Newspaper:

A Bit of  a Rumpus

The Bakery did in fact close in March 1981 not June as suggested in the letter to employees, this was all to do with the redundancy of employees. So it was not surprising there was a bit of a rumpus in May 1981 when there was a temporary re-opening of the Bakery in Oxford Street and once again Landers made the Newspapers Headlines.

It is now 30 years since Landers closed, all that remain are memories.