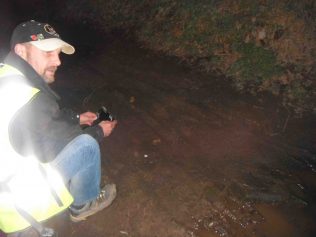 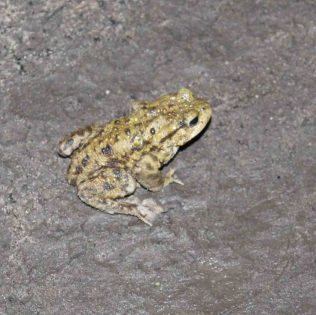 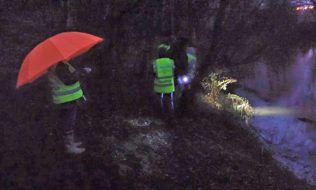 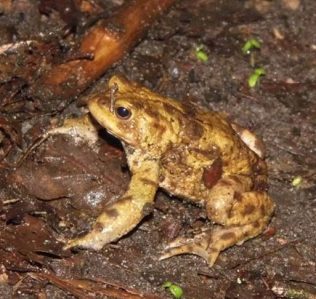 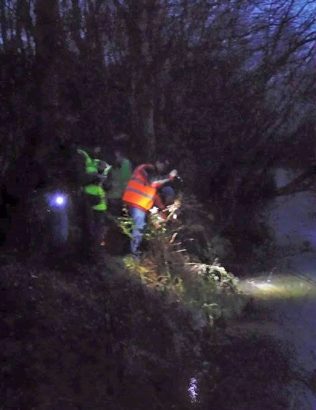 Spa Ponds [known to some older members of the community as Garibaldi Ponds] are part of our local heritage, and in 2014 came under the ownership of Forest Town Nature Conservation Group. The ponds themselves are part of Spa Ponds Nature Reserve, and can be discovered just off Clipstone Drive and are open for members of the public to enjoy quiet walks and observe the local wildlife and nature.

Additionally a lot of interesting conservation, preservation and recording work is taking place at Spa Ponds, such as a Toad Count which took place on several consecutive evenings when people were requested to wear strong footwear and bring a TORCH! – read the following account of this event to see how people and toads give a special status to this beloved Forest Town nature spot.

‘On five separate evenings between 2nd and 7th April 2015 Forest Town Nature Conservation Group (FTNCG) members and supporters, led by FTNCG Trustee Richard Smith, visited Spa Ponds in search of toads. The energy was as high as the toad count, and the excitement of increasing numbers of toads helped volunteers overcome their tiredness to keep counting.

And the results are in! FTNCG is pleased to announce that the 2015 Toad Count confirms that each of the three main ponds at Spa Ponds exceeds the current threshold for status as a Local Wildlife Site (LWS, formerly known as a Site of Importance for Nature Conservation, or SINC).

According to the Guidelines: “Although not rare, these species [Common Frog, Common Toad and Smooth Newt] have suffered a considerable decline in numbers in the Nottinghamshire countryside over the last century due to habitat degradation and loss. Common Toad is a Species of Principal Importance”.

The threshold number of adults noted on a single visit to a site taken to indicate a significant population size for Nottinghamshire is 100. The highest numbers of Common Toad counted for each pond is as follows:

Added together, FTNCG’s 2015 Toad Count recorded a maximum total of 1,657 toads! Volunteers, who between them delivered nearly 70 volunteer hours for this round of toad counting, also identified a Smooth Newt (on both 3rd and 4th April), and as many as 6 Common Frogs (on 7th April). Our sightings have been sent to the County Recorder and Chris Jackson, who provided us with training last year via his role with the Notts Amphibian & Reptile Group.’

For photographs please visit our 2015 Toad Count Gallery at: http://www.foresttown.net/index.php/nature/april-2015-toad-count/

To discover more about Spa Ponds