You are here: HomenextPlacesnextLadybrooknextPoets Corner. 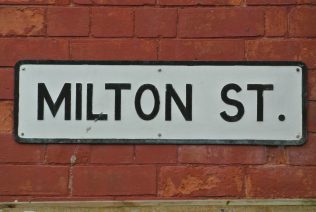 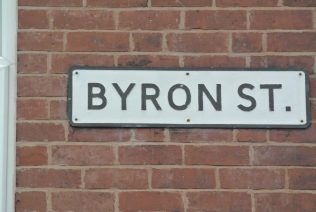 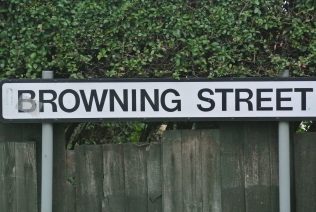 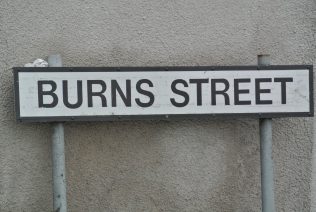 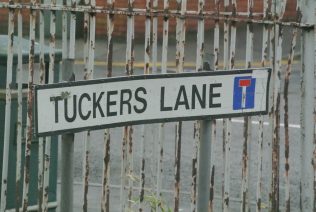 I was born in an area known as Poets Corner in the second half of the 1940s, older Mansfield people will know where I’m refering to, for the younger ones its just off Ladybrook Lane at the Rosemary Street end. If you’ve not guessed how it got that name all the streets are named after poets, Milton, Burns, Browning etc.

I mentioned this because there is very little on the Ladybrook area on this site, at least if there is I’ve not found it, only the bit about the church.

I can remember the Ladybrook running between Oakdale Road and Bancroft Lane before it was piped from when I was about 4 or 5yrs old but it wasn’t long before building work started and the brook hidden for ever. People of my generation and older who were around when Ladybrook Estate was being built refered to it as the New Estate, I still call it that now. In later years we sledged on Skylark Hill, thats what we called the hill where St Mary’s church now stands but when it was built it stopped us sledging on the Bancroft Lane side but there was still a good hill on the other side, we had lots of fun there for many winters. I often wonder how my childhood pals are, I left Mansfield in 1973, I hope they are still around and doing ok.

We did quite well for shops too, a fish and chip shop on the corner of Milton Street and Ladybrook Lane, a butchers shop belonging to Mr & Mrs Savage on the corner of Burns Street and Ladybrook Lane, a barbers on the corner of Browning Street, and a general shop on the corner of Ladybrook Lane and Rosemary Street, I think it belonged to someone named Burton this was always known as Bottom shop. Turn right onto Rosemary Street there was aother fish and chip shop called Leesons on the corner of Kipling Street, if I remember rightly Mr Leeson’s main job was an engine driver he was probably based at Mansfield engine sheds. A little further on was the Co-op they always had a couple of ginger cats, probably to keep the mice down, then a bit further turn right up Byron (another poet) Street and there was Rowlands shop, another general store we always called this one Top shop. At the corner of Byron Street and Milton Street was another general shop but I can’t recall what that one was called, and opposite that was the Co-op laundry, I remember my mother and for that matter most other people taking large heavy stuff like blankets there to be laundered, don’t forget not many people had washing machines in those days, all in all quite a nice little community everybody knew everybody else and looked out for each other.

About half way up Burns Street there’s a factory at that time  it belonged to Fair Brothers they made shoe stiffeners for the shoe making industry and that was one of our playgrounds after they were closed at night, if you were a skinny kid you could squeeze under the gate. In the factory yard there was a single storey building with a flat concrete roof, it was built as an air raid shelter in the war for the employees but after the war the roof was used to store bales of waste  that was left over after the shoe components had been punched out of big sheets of leather. We built dens with the bales it was a great adventure playground and if any of the factory staff turned up unexpectedly there were plenty of places to hide but if you were seen nobody seemed to bother. The Health and Safety people would go mad if it happened today.

At the bottom of Burns Street (Ladybrook Lane end) was a school playing field that was fenced before the war you could see where the railings had been cut off and taken for the war effort we used to take a short cut across on our way to Broomhill Junior School. One morning it must have been 1955 or 56 I was going to school with my friend Royce it was very foggy, in those days it was real fog, well half fog and half soot no Clean Air Act then, you couldn’t see a thing and on our first attempt to get to Newtontown (the junction of Westfield Lane and Broomhill Lane) we ended up back where we started. Being intrepid little fellows we set off again and eventually arrived at school I was wearing a light coloured cardigan, it was filthy covered in smuts not to mention what we had breathed into our lungs but you don’t care when your a kid, we thought it was good fun.

Sometimes in the summer when the school day ended a gang of us would go and play in Sills old quarry on Chesterfield Road near Pheasant Hill it would have been about 1957 or 58 because I left Broomhill in the summer of 58 its filled in now I think a D.I.Y shop has been built on it. When we came out of school we’d cross Broomhill Lane and go down an unmade road more or less opposite school which took us to the top of Albion Street then down onto Chesterfield Road to the quarry probably about ten or so minutes walk. There was still a bit of work being done at the quarry I can remember seeing some big stone cutting saws in a barn type building but quite often there was nobody about but if anyone turned up you got chased out of the place. The water in the bottom looked very deep, there were plenty of tadpoles and newts, you could turn stones over if they wern’t too heavy and there would always be a few lizards run for cover from underneath that you’d disturbed. Pity about all the wildlife that was lost when it was filled in but they didn’t worry about thing like that in those days.

Another route we took to Broomhill School was an unmade lane opposite Milton Street locals had two names for it either Pig Alley or Tuckers Lane. On one side were allotment gardens where some of the tenants kept pigs thats the side where the houses now stand. I remember some of the allotment tenants there was Mr Harvey, Mr Hill whose son Michael was a playmate of mine sadly he died in a road accident in his late teens, and Mr Wakefield who everyone called Tucker, how he got this nickname I dont know but its nice that the lane is named after him, he was a local character and a refreshing change from naming it after an ex councillor. On the other side of Tuckers Lane was a long narrow field where Mr Wakefield and Mr Hill kept one or two horses, this is now incorporated into the current piece of land which probably belongs to the council.

One memory that has stayed with me since the late 1950s is of Michael Hill and myself taking his dads horse and cart and driving it from Tuckers Lane then left onto Devon Drive, it wasn’t surfaced at that time, and left onto George Street to Kirks joinery workshop to get sacks of wood shavings to use as bedding for his dads pigs. I dont recall how many times a week we did this probably a couple but we filled about fifteen or twenty sacks each time we went. We filled the sacks in the workshop where the machines spat the shavings out, I would be 10 and Michael would have been 11 only kids and all that dangerous woodworking machinery, planers, circular saws, and cross cut saws running only inches away, I’m lucky to still have all my fingers but you don’t see the dangers when your young and the Health and Safety Executive was thirty years in the future.