You are here: HomenextTopicsnextRoyal EventsnextRoyal Visit to a Miners Cottage

Royal Visit to a Miners Cottage 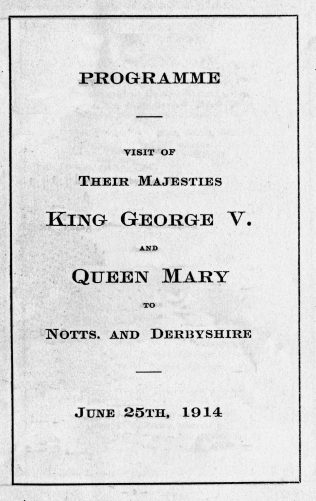 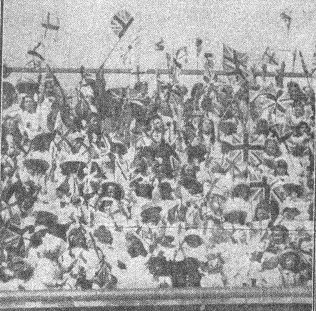 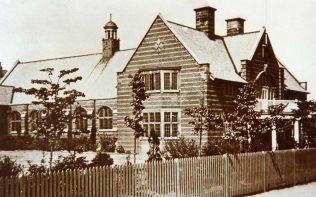 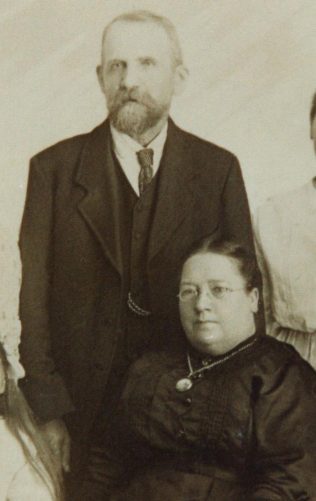 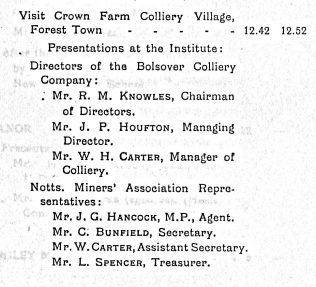 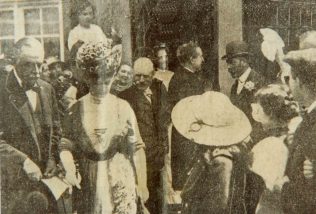 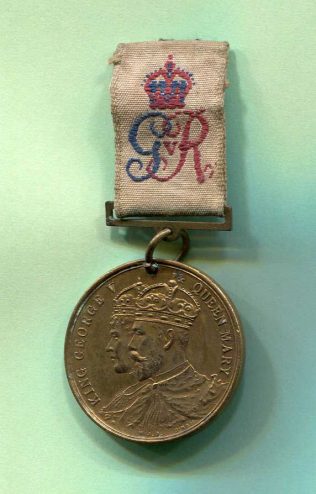 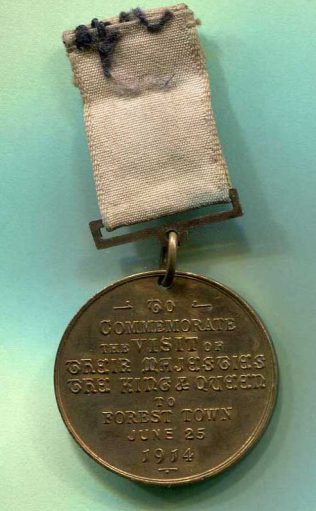 King George the Fifth was crowned at Westminster Abbey on the 22nd June 1911. Forest Town like many other places in the country celebrated this royal occasion. They were not aware then, that within three years they would once again have the opportunity to celebrate a very special royal event, when in 1914 King George and Queen Mary came to visit the village of Forest Town.

The royal visit was part of a three day tour of Nottinghamshire, Derbyshire and Yorkshire which commenced on the 24th June 1914. As with all royal visits, the king and queen had a very tight schedule with various ceremonies to perform, and many people to meet. On the second day of the tour the arrangements for the visit to Forest Town were organised so that the royal party would arrive at the Forest Town Institute at 12:42pm, and remain for just 10 minutes. However on this occasion, the royal visit did not stick to the original plan, and the occasion turned out to be far more exciting than the local people could ever have imagined.

The weather on the 25th June was glorious, and after performing various official ceremonies in Mansfield, King George and Queen Mary travelled by car to Forest Town. The village was well prepared, as the Bolsover Colliery Company had spent a great deal of money on decorations to ensure their mining village was well presented. As the royal car entered the village near St Alban’s Church, an impressive sight met their eyes. A banner with the greeting WELCOME TO THE KING AND QUEEN was stretched across the road, and the main street (Clipstone Road) was decorated with flags and bunting. The royal car slowed down to travel at 4 miles per hour, which would have delighted the hundreds of village people who lined the route. Two stands erected on either side of the school were crammed with tier upon tier of cheering flag waving children. A photograph that appeared in the Nottingham Guardian on the 27th June shows just how tightly packed the stands were.

At the far end of the village on either side of the road, more stands had been erected, these were for members of the Primitive and Wesleyan Methodists, whose respective chapels stood opposite each other. After passing these stands of enthusiastic people, the royal cars turned right and drove under yet another banner which proclaimed “WELCOME” in letters 2′ 6″ (75mm) high. The banner had been painted on canvas, and two trellis type columns supported it, each was decorated with artificial red roses.

The cars then travelled past the Drill Hall, (seen in the above picture), and the houses in Second Avenue referred to as cottages in many of the newspapers; and on towards the Institute where official presentations were to take place. This road which has the houses of First Avenue on the right, and those of Second Avenue on the left, does not have the same garden facilities as the rest of the Avenues; it is said the road was specially widened for the royal visit.

Everywhere along the road, there were people cheering and waving flags. Many of them watched in amazement when the royal car stopped just before it reached the entrance to the Institute grounds; it had stopped in front of number 8 Second Avenue, the home of an ordinary working miner!

This was the home of Elijah and Sarah Mottishaw, and while it was rumoured the royal party were to visit a miner’s cottage it is reasonable to assume that only a select few would have known that the Mottishaw’s were to be the honoured family.

The King and Queen stepped out of their car and walked up to Elijah Mottishaw, a bearded man who  stood at the door with his wife and daughter. The Queen is reported to have said, “We have come to see you, may we come in?”  It was said ‘the couple were too surprised and delighted to respond in words but Mrs Mottishaw curtsied, and led the way into their cottage followed by the King, the Queen, and the Duke of Portland.’

They were shown into a well-furnished parlour and admired the harmonium, china and a photograph of their son. The King was interested to discover more about the flag that he had noticed flying from the upstairs window of the house. Elijah Mottishaw told him that the flag came from Nanamimo, a mining camp in British Columbia, where he had once lived and worked. He had been in British Columbia ten years before eventually retuning to England. Elijah now aged 56, had been working at Mansfield Colliery for around eight years, and their Majesties discovered he was a ‘Butty Miner’

The royal visitors were also interested in seeing the kitchen, and this like the rest of the house was spotless. Here both the King and Queen were very interested in the painted mantelpiece, which was said had been done by a crippled artist in the village. One newspaper described this interesting fireplace feature to be a landscape painting, however none of the newspapers gave the name of the talented local artist. There was not time to go upstairs and the royal party which also included the Duchess of Portland, and the Archbishop of York, eventually left the miner’s cottage. As they stepped outside, they were once again greeted by cheers and waving flags.

Mottishaw family the centre of attention

Behind them, they left a family who not surprisingly soon found themselves the centre of much attention. The Mottishaw’s who had lived in this house on the Avenues since 1906 must suddenly have become the most popular people on Second Avenue. Newspaper reporters and people in the village wanted to know every little detail of that very special royal visit. (Reports appeared in newspapers far and wide).

Ceremony in the Institute grounds

The Institute grounds were the setting for the official and ceremonial part of the royal visit and over seven hundred men and boys in the employment of the Bolsover Colliery Company were on duty.

The uniforms of the Ambulance Brigade, Boys’ Brigade, and Cadet Corps were being proudly worn. Some of the men and boys from the Bolsover and Creswell contingents had arrived at Forest Town by a special passenger train, and in doing so had created another ‘first’ for Forest Town. Their train was the first passenger train to travel on the new Mansfield Railway and as Forest Town did not have a station the train drew to a halt at the top of the pit approach road at around 11:15am. From there the men and boys would have marched to take their place in the Institute grounds.

The Boys’ Brigade formed the guard of honour, and under the command of Mr Carter gave the royal salute. The Duke of Portland then presented a number of specially selected people who were listed in the programme, to the king and queen.

The official presentations were the climax of the royal visit to Forest Town, and once these were over the king and queen, preceded by the Duke of Portland returned to their cars. They left the village en route for lunch at Newstead Abbey with the loud cheers of an enthusiastic Forest Town community giving them a fitting send off.

The royal departure was not however the end of the festivities in the village. The Bolsover Colliery had provided for the Directors and other invited guests, a specially prepared lunch in the Institute. On the colliery football field, a marquee had been erected, where tea was provided for approximately 300 children and 600 members of the Boys’ Brigade.

During the afternoon various sporting events took place, bowls between Mansfield Colliery and Worksop clubs, and a cricket match between the Mansfield and Bolsover Collieries. The children were also catered for with a programme of activities, punch and judy shows, fire balloons, and races in which each child entering received a prize to the value of 6d.

As a memento of this very special day, the Colliery Company gave each child a souvenir medal. The event has not been forgotten and 100 years on (in 2014), the medals are still treasured.

The above is an edited version of a chapter in my book Forest Town The Village That Grew Out of Coal, The information was gained from various sources including a member of the Mottishaw family and numerous newspapers.