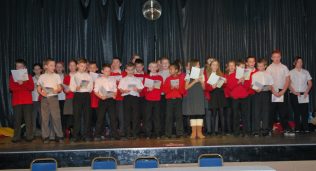 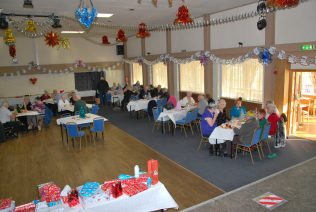 zoom
Some of the helpers
Eddie Ramsdale 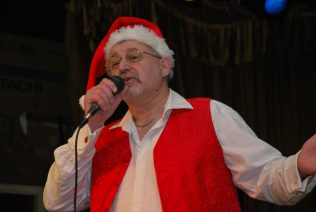 Over 100 senior citizens from the Forest Town area were treated to a Christmas Party organised by Forest Town Community Council.

Besides having a wonderful buffet at Forest Town Arena (formerly called The Welfare), they were also entertained by the choir of the 6th Year from Forest Town Primary School and local entertainer and Notts County Councillor Andy Sissons.

Over 40 raffle prizes were given out with donations from individuals, the local
supermarkets, village shopkeepers and funds from the profits of the monthly Village Market.
All those attending also received a box of chocolates and a good time was had by all.