You are here: HomenextTopicsnextUniformed OrganisationsnextThe Boys Brigade in Forest Town

The Boys Brigade in Forest Town 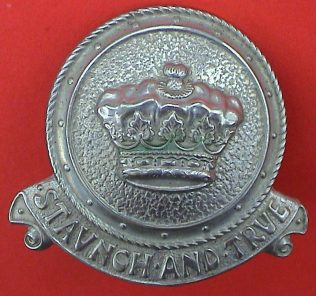 The Boys’ Brigade and also the Girls’ Brigade were wonderful organisations for the village youngsters to belong to. They taught discipline, teamwork, fitness awareness and self assurance. To join you had to be 8½. My birthday is in June, so about August 1937 I applied to join. I remember Mr (Captain) Wright saying “That’s a very small half, but he let me join. I received a subs card and I think it was a penny per week.

Thursday night was brigade night, and we always started with prayers and then the Boys’ Brigade hymn which went: –

In Christ there is no east or west

In Him no south or north,

Just one great fellowship of men

Throughout the whole wide earth.

The boys were divided into squads, each with a corporal. I remember Jim Harvey, ? Scott, Henry Rudge and Lol Varnham and then there was J T Rice who was the top man. After prayers it was drill time under the instructions of sergeant major Rudge. He was a real old fashioned drill exponent and by gum didn’t he put you through your paces, strict wasn’t the word for it. But I have to say this, as the years rolled by and we had to go into the forces, those previous drill lessons certainly held us in good stead.  At the time I joined the Boys’ Brigade, we (and the forces) were still forming fours and reforming two deep. It was only later that the three ranks system came into force.

After about an hour’s drill we then had a period of PT and we enjoyed this a bit more, then we were free to run wild. Of course if you were a member of the bugle band it was upstairs for a practice led by Mr Powell and later by Mr Hedgecock (Cocky). Monday night was Girls Brigade night, and except for that night the facilities [at the Drill Hall] were available for members and were used extensively.

We used to have what was known as ‘Edwinstowe weekends’ when we went on Sammy Hammond’s bus to Edwinstowe Hall, the headquarters of the British Coal Co. Major Monker was the head man, and I think he was the overall boss of the BCC, and the person in charge was Mr Waller who for some obscure reason we used to call Mr Warbler! There were two dormitories known as the Big un and the Little un, and you had to be one of the elite to go into the Little un. Then there was a large dining room and kitchen. It was a fun time as so many games were played, inside if wet and outside if fine. I suppose it was a team building exercise really.

Of course we all had to carry out fatigues (pot washing etc). Now Mr Warbler had an old first-aid splint which he called ‘Flat Herbert’ and anyone misbehaving received a slap on the backside with it! We had some really great weekends. Later the Hall became the National Coal Board offices on nationalisation.

I remember one particular weekend when we had “The Grand Pageant.’ All the pits were represented and each had to put on a display. The Crownie boys did a hobby horse canter. The older boys were all volunteered, and for weeks could be seen trotting round the Drill’all practising the moves to the ‘Post Horn Gallop’ and ‘De ye ken John Peel.’ A few names come to mind – Harry Oscroft, Jack Lebeter, Dick Bennett, John Keeling, ‘Pop’ Parker, and Jack Murden. As the day drew nearer the hobby horses were produced, made by the estate joiner, ? Mr Budby. These hung from the boys shoulders by straps and they were dressed to look as if they were riding, it was really impressive. When the great day arrived what excitement! We went by bus to Edwinstowe to find stalls around and lots of bunting and bands playing in turns.

When it was time for our lot to get ready, oh horror of horrors they had to wear makeup – only theatrical grease paint of course, but “makeup!!” Anyway they put on a brilliant show and received a standing ovation.

Then of course we had an annual camp, alternating between Rhyl and Skeggy and I was just old enough to attend the last camp at Rhyl before the war started. On talking to others and looking at old photographs, I understand the earlier camps were under canvas with limited cooking facilities and very basic toilet amenities. I’m sure many of us would love to hear from anyone who did attend these earlier camps. When the great day arrived to set off to camp the whole contingent would march from the Drill’all to the [Mansfield] station with the brass and bugle bands accompanying. I must say that it rankled the Crownie lot that the Clipo (Clipstone) lot went by bus to the bottom of Pecks Hill and so had a much shorter march. Crownie and Clipo always camped together.

The Rhyl camp was built of wooden huts army style. We had two tiered bunks with canvas bottoms, not the straw palliasse as used in the earlier camps. We all had to do so many fatigues, but it was well organised and supervised. I remember that Charlie Rowbotham and Sym Baker were chief cooks. We had a Sunday church parade and marched down to Rhyl sea front proud as peacocks. I also recall the days before I could go myself and when the camp was at Skeggy, the boys would come home on the train and on reaching the village, they played their bugles out of the windows and this meant us little uns could dash off to the station to meet and ‘march’ back with them.

In conclusion I would just like to say that being a member of the Boys’ Brigade was a very important part of my youth, and I am eternally grateful to all concerned with it.