You are here: HomenextTopicsnextTransportnextPublic Transport 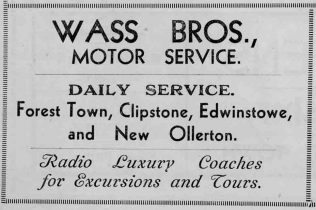 The Routes prior to the construction of the inner Ring Road and the Four Seasons Shoping Centre, the Main Bus Stops in and around the Town Centre were – the Market Place, Regent Street, Queen Street, Bath Lane, Nottingham Road, Stockwell Gate, Chesterfield Road, Albert Street and The Midland Station.

The Services operating in Mansfield District (mostly 10min Services) were:-

102 Mansfield to Pleasley (after the Ladybrook Est was Built it was extended to The Cemetery.

103 Originally Crown Farm to Nottingham Road (This Service was altered to LadyBrook Lane) on the hour it, terminated at the bottom of the Forest Town Avenues (Newlands Road).

!05 0r 107 From Albert Street to Berry Hill via Littleworth to the Water Tower (not absolutely sure of the Service No).

From the Midland Station Buses ran under license of the Railway.

To Rainworth, Blidworth, Bilsthorpe, Newark, Southwell areas the service numbers I cannot remember apart from the 211 being Newark via Southwell, 214 Newark via Oxton, 215 Southwell Via Lowdham, No 2 New Ollerton, No 4 Welbeck, 215 Southwell to Nottingham.

Routes which may be as a result of the take over of smaller companies, of this I am not sure No2 New Ollerton via Warsop, Edwinstowe, the 206 Church Warsop.

The Company took over the Ebor and Bevan, and Barker and some services may have been inherited along with their original Service Numbers???????