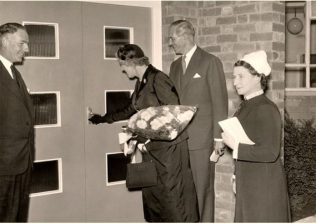 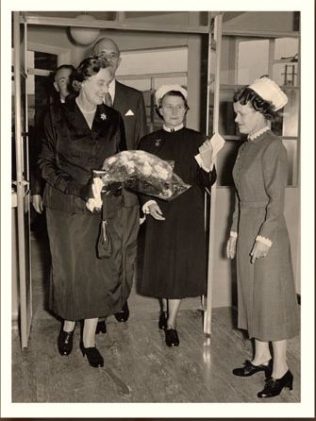 zoom
Sister welcomes Lady Mac millan and Matron Aldridge to the new maternity unit. I would be interested to know if anyone can name the sister.
kmh 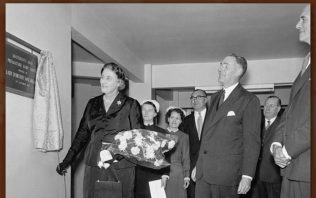 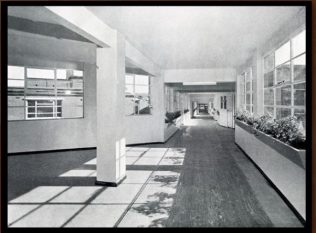 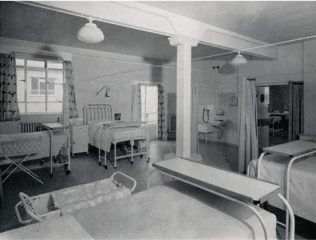 zoom
Maternity ward, where mothers and babies were together during their stay in hospital - an new initiative at the time.
kmh 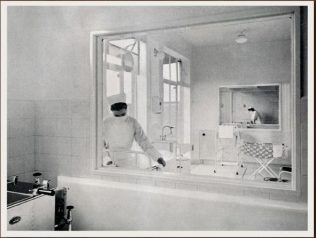 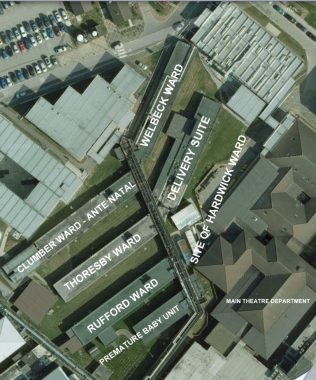 zoom
Site of the Maternity unit as it was in 1957, these buildings are due for demolition.

The maternity unit was originally at the Victoria hospital and, following the post war baby-boom, there was a need for a larger unit. The wards and corridors were refurbished

The unit was opened by Lady Dorothy Macmillan on the 2nd of October 1957. It had four post natal wards for mothers and babies to be nursed together “Lying-in”, which was a new concept at the time. It also had an ante natal ward – as well as a new delivery suite and a premature baby unit.

The wards were named after historic homes in the area – Welbeck, Hardwick, Thoresby, Rufford and Clumber. These names continued to be used when they moved to the Dukeries building in the 1970s.

These wards were later used for other specialities (information to be added shortly) until March 2011 when they are due to be demolished to allow for a new car park.