You are here: HomenextTopicsnextEntertainmentnextArt Jacobs 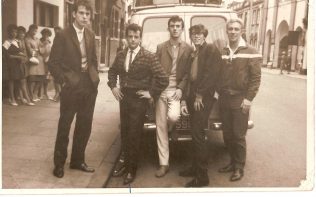 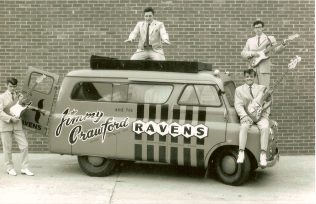 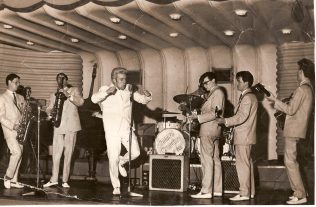 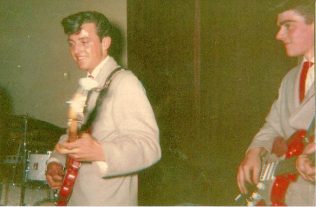 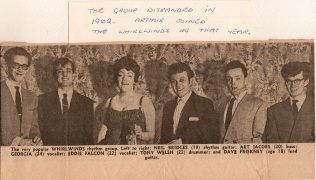 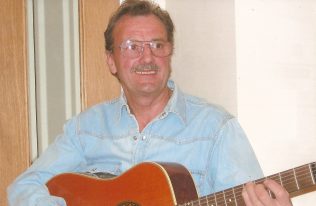 Art Jacobs – Bass Player with Jimmy Crawford and the Ravens

At 15 Arthur was inspired by skiffle and rock music after listening to Lonnie Donegan and Bill Haley. During this time he was so desperate to have a guitar that he sold various household items from the family home and purchased his first guitar from a pawn shop in Attercliffe. Many words were exchanged when his parents returned from their holiday to find sentimental items missing.

He started his first skiffle group at 15½ called ‘The Martinique’s’, and then came ‘The Debonaires’ with friends Ozzie, Charlie and Bob in 1958.

In 1959 he was invited to join Ron Lyndsay and The Coasters as bass player, knowing that Frank White had already joined the band he jumped at the chance. With his famous bass and vox amplifier he became Art Jacobs.

The group quickly gained popularity and had a large following a large following of fans. They did a guest gig at the Mansfield Palais which led to being booked every week on Wednesdays and Sundays. They occasionally went for coffee with Alvin to his Mum’s house. During this period the group travelled to appear in the 2i’s Coffee Bar in Soho accompanied by a large bus load of fans from Mansfield which filled the tiny venue to capacity. Whilst at the club the group were seen by record companies and record deals and tours soon followed. The group also changed its name to Jimmy Crawford and the Ravens, The group then recorded their hit ‘Ghoul Friend’ which became the main theme music for the Dirk Bogarde film ‘Victim’

In 1960 Art purchased his famous Red Fender Jazz Bass from Jennings Music Shop in London . This was the first of its type in the UK . Art recalls a meeting with Jet Harris (The Shadows) during a dinner party at the Lotus House in London when Jet expressed how angry he was that this rare guitar ha d b een purchase d b y Art and not himself.

The group returned to Sheffield in 1960 and in the March of that year Art fell in love with his future wife Marion at Mansfield Palais. Marion then went with Art every weekend to see him perform in different venues throughout the UK , along with an ever growing fan base. The group’s favourite places to perform were the Glidodrome, Boston and the Monsell Head in Derbyshire.

In 1961 along came a Stick Bass purchased by Art from Italy . At this time Art was friends with Joe Cocker and tutored his bassist, eventually selling him the Italian Stick Bass.

The Ravens were the backing group for many celebrities in the sixties including Emile Ford, Gene Vincent and Eden Kane. Also touring with Tony Orlando, Bobby Vee, Suzy Cope and Dusty Springfield. This was a very busy but enjoyable time for the group.

Art began doing gigs and session work for various groups and in 1962 he joined a Sheffield show group called the Whirlwinds. The group were extremely popular on the club circuit featuring the comedian Bobby Nutt and the singers Eddie Falcon and Georgia.  The group also worked on television and radio.

In 1963 Art and Marion were married and moved from Sheffield to Ollerton. They had four children and now have four grandchildren. They have been married for nearly 47 years.

Art spent 26 years working for Mansfield Sand and has spent the past 16 years running a kitchen fitting company. He is still a fan of music, particularly Rock ‘n’ Roll and Blues, but unfortunately he isn’t an active musician nowadays.